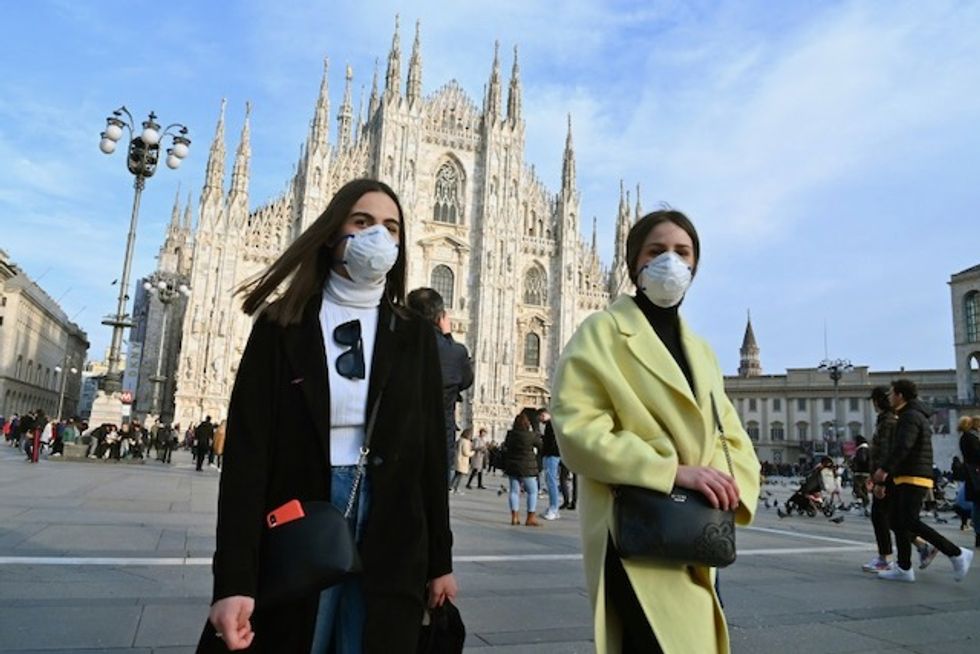 Italy on Wednesday closed all schools and universities until March 15 as the number of deaths from the new coronavirus in the Mediterranean country hit 107.

The measure is the most restrictive response to COVID-19 of any European nation and tougher than the closure of schools—but not universities—taken by fellow Group of Seven (G7) member Japan.

Italy reported 28 more deaths on Wednesday—the highest single day total to date. The nation of 60 million people has now recorded over 3,000 cases and only trails China in terms of total fatalities.

The government’s other measures included an unpopular month-long nationwide ban on fan attendance at football matches and other major sporting events.

Prime Minister Giuseppe Conte told the nation that Italy was able to handle the current number of cases but needed a firmer response to keep things from spiralling out of control.

“As long as the numbers are low, the health system can assist (people) effectively,” Conte said in a video message posted on Facebook.

“But in case of exponential growth, not just Italy but any other country in the world would not be able to manage the situation.”

Italy has borne the brunt in Europe of a disease that is now spreading across the world faster than it is in the central Chinese region where it was first detected late last year.

The problem for the Italian government is that existing restrictions—including a quarantine of 11 towns with 50,000 people in the north—have failed to stop the outbreak.

The overwhelming majority of the fatalities have occurred in Milan’s Lombardy region and the neighbouring northern area around the cities of Bologna and Venice.

But 21 of the 22 regions have now had cases and infections are slowly reaching Italy’s less wealthy and developed south.

The government reported the first death south of Rome on Wednesday. It came in the Puglia region that surrounds the city of Bari in the heel of the Italian boot on the map.

Top government minister spent hours huddling Wednesday to chart a way out of a health crisis that threatens to tip Italy’s wheezing economy into recession and overwhelm hospitals.

Most of the steps adopted involve ways to avoid crowds and keep people from coming in contact with each other outdoors.

The new instructions urge people to stay at least a metre (three feet) apart and to avoid crowded places whenever possible.

Traditional greetings of kissing on the cheeks or shaking hands are strongly discouraged.

Exhibits and shows will be rescheduled—a measure that will be especially painful for Italy’s already hard-hit hotel and restaurant industry.

Some of the government’s more mundane and common-sense measures include advice to cough and sneeze in a handkerchief to avoid hands coming in contact with “respiratory secretions”.

Italians are also being urged to avoid sharing bottles and not to drink from the same cups and glasses.

The crowd-control measures will most directly affect football matches and could cause the most resentment in the sports-mad nation.

Italy’s Serie A has already been thrown into disarray by two weeks of postponements that have seen some clubs not play at all and others play multiple matches in a week.

Fans are even being prohibited from attending the training sessions of top teams such as Cristiano Ronaldo’s Juventus in Turin.

The government also recommended to those over 75 to stay indoors and to avoid public places. The advice extends to those who are at least 65 and suffer from other ailments.

A top civil protection official told AFP that most of those who have died in the past few days were in their 80s and 90s and were already suffering from other pathologies.

All these measures are meant to stay in place for a month and be reviewed and possibly fine-tuned after two weeks.