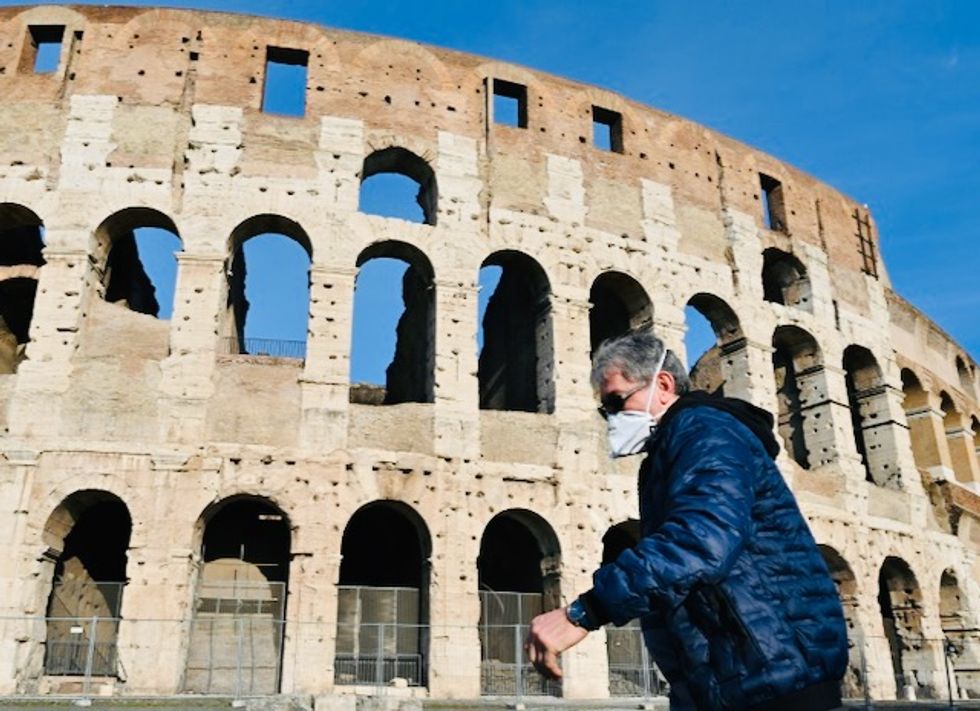 Italy recorded 168 deaths Tuesday from the coronavirus, its highest single-day toll to date, pushing the number of fatalities outside China to more than 1,000. Overall in Italy, 631 people have died from the disease and 10,149 have been infected in just over two weeks.

Italy's first day under a nationwide lockdown came after a decree signed late Monday by Premier Giuseppe Conte ordered the nationwide restrictions on movement. Panic buying erupted, prompting the government to assure citizens that supermarkets will remain open and stocked.

Conte's office said runs on supermarkets went counter to the intent of the new decree, which aims to prevent Italians from congregating. Soldiers and police enforced the travel ban and Carabinieri teams patrolled cafes to make sure owners were keeping customers a metre apart.

St. Peter's Square and St. Peter's Basilica have also been closed to tourists and guided groups because of coronavirus -- although individual members of the faithful can enter the basilica to pray, the Vatican said on Tuesday.

A statement said the Vatican would also be closing its post office in the square, which draws many tourists, as well as its bookstore and photo service. A cafeteria inside the Vatican for employees would also close. All measures will remain in effect until April. 3.

Tuesday's Italian toll raised the number of deaths outside China to 1,115, according to an AFP tally.