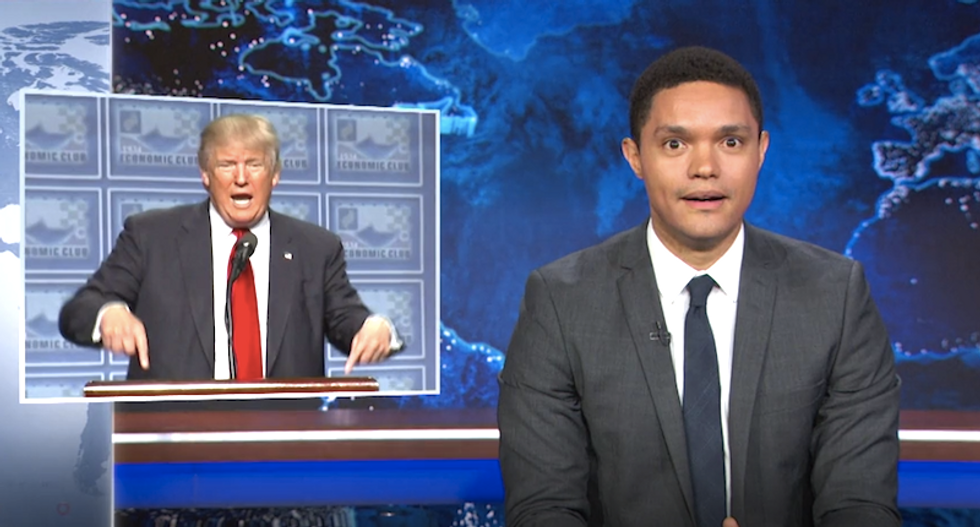 Now that former Vice President Joe Biden is surging in the polls, many of his opponents — chiefly supporters of President Donald Trump — have been circulating a conspiracy theory that Biden is suffering from senile dementia, based on verbal missteps he makes due to his lifelong stutter.

On Wednesday, The Daily Show mocked this narrative by putting together a compilation of Trump's own gaffes and blunders, titled "Trump's Best Words: Bracket Edition."

The video showcased such Trumpisms as "U-licious S. Grant," "renoversh," "momemtum," "delegitimatize," and several others.