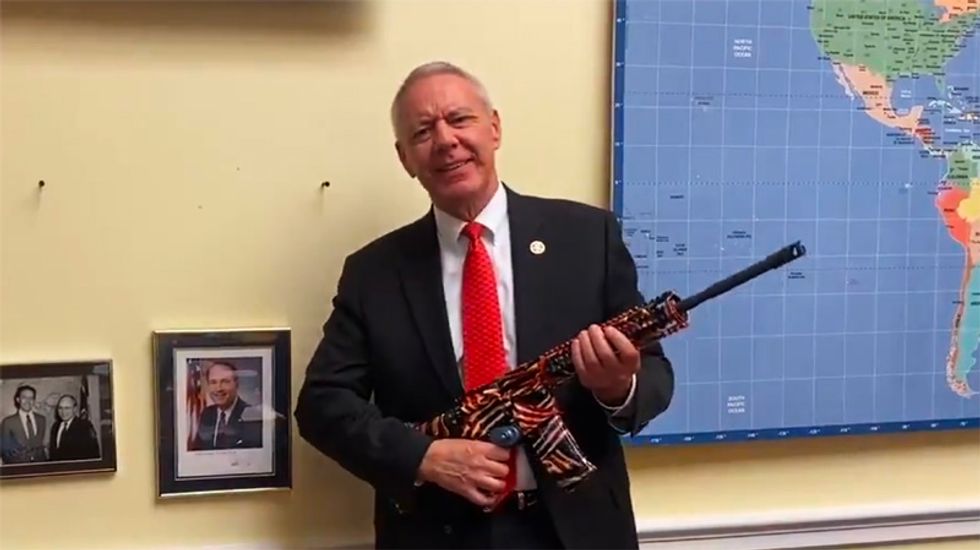 Rep. Ruben Gallego (D-AZ), a veteran of the Iraq War, schooled one of his Republican colleagues on weapon safety after he posted a video of himself waving a gun around.

Gallego on Friday delivered his lesson while responding to a tweet from Rep. Ken Buck (R-CO), who posted a video of himself pulling a mounted AR-15-style rifle off the wall and warning former Vice President Joe Biden that he'd have to "come and take" his beloved weapon from him.

Gallego, however, was not impressed by his attempt to intimidate Biden.

"You literally flagged the camera man," he wrote in response to the video. "First rule of weapons handling, treat every weapon as if it were loaded. Second rule, never point the weapon at anything you don’t intend to shoot."

You literally flagged the camera man. First rule of weapons handling, treat every weapon as if it were loaded. Seco… https://t.co/5Y0msROrIQ
— Ruben Gallego (@Ruben Gallego) 1583511736.0