'Democrats really must stop': Trump begs his critics to quit treating him like he treated Barack Obama 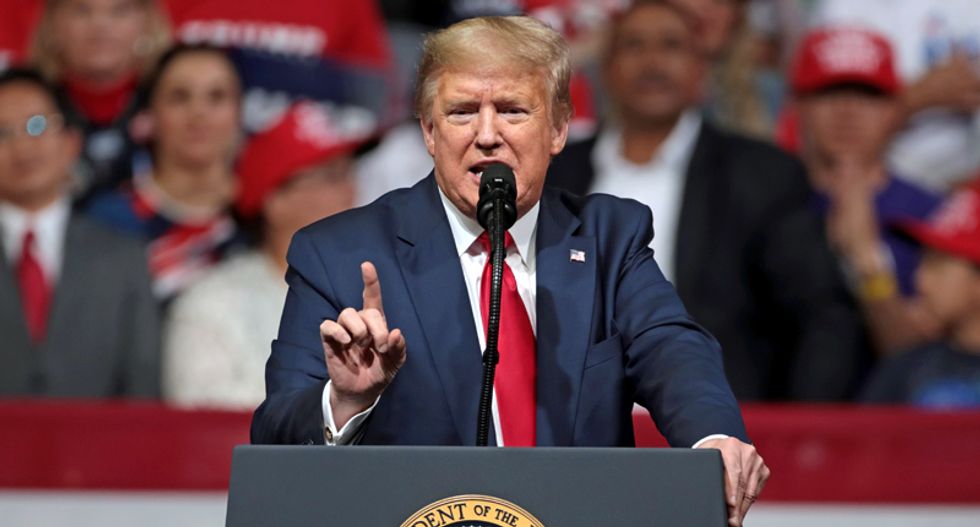 During the Ebola outbreak in 2014, Donald Trump repeatedly took to Twitter to attack President Barack Obama's administration for its public health measures, arguing that all of the medical experts were wrong and that the United States should close its borders to Africa, even though this would prevent doctors from traveling and make matters worse.

Now, in 2020, Trump is facing COVID-19, a far more widely-spread virus, and his administration is facing serious questions about everything from messaging to whether they are following their own containment protocols. But the president, at a rally in North Carolina on Monday, complained that all of these questions are unfair and Democrats are just trying to make him look bad.

"The Democrats are trying to politicize the coronavirus, denigrating the noble work of our public health professionals, but honestly not so much anymore," said Trump. "Everyone appreciates — these are the greatest professionals in the world at what they do. We're actually helping a lot of other countries where they have some very, very big problems. So we have our professionals in constant touch, I'm in constant touch with some of the leaders and helping them out. But the political attacks from some of the Democrats really must stop. We've got to all work together on this one to safeguard our people, we're going to safeguard our people."