DOJ ordered immigration judges to take down CDC coronavirus posters. After online outrage it ordered them to be put back up. 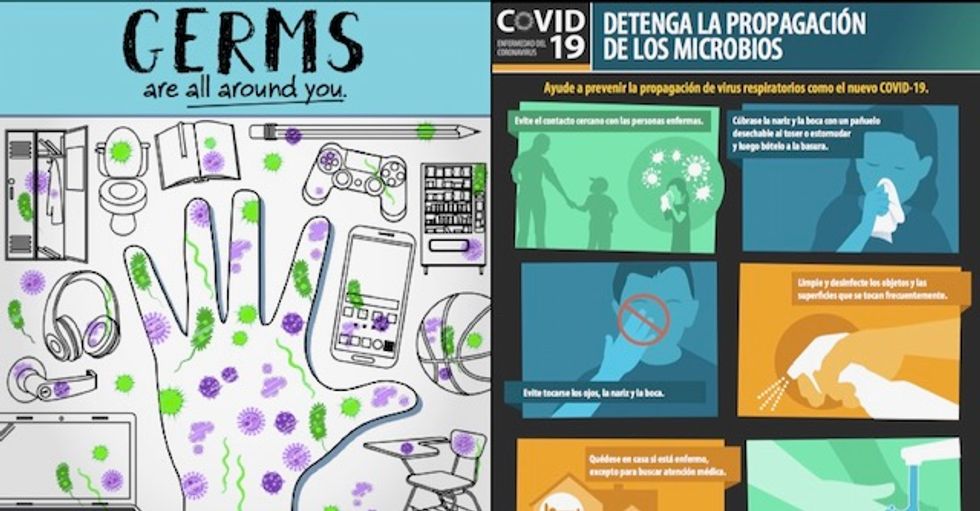 On Monday the Dept. of Justice ordered immigration judges to remove CDC posters informing people how they can protect themselves and others from the coronavirus pandemic. Outraged, the judge's union took to Twitter to tell people what was going on:

That directive, coming from Acting Chief Immigration Judge Christopher Santoro, warned that "the CDC flyer is not authorized for posting." The flyers were printed in both English and Spanish.

"This is just a reminder that immigration judges do not have the authority to post, or ask you to post, signage for their individual courtrooms or the waiting areas," the memo also says, as Slate's Mark Joseph Stern reported.

After online outrage and reports in The Miami Herald and Law & Crime, Santoro reversed course, and suggesting he was doing them a favor by "support[ing] your important mission."

“As the Department of Justice continues to work closely with the Vice President’s Task Force, the CDC, and state and local government leaders regarding the coronavirus (COVID-19) situation, we are working to provide you and your immigration court staff with resources to support your important mission,” he wrote in a follow up memo, instructing immigration court judges to post the CDC flyers.

PBS NewsHour's Yamiche Alcindor, who also reported on the directives to remove and then report the flyers, posted copies of the CDC graphics: