Donald Trump captured in hot-mic-moment after his coronavirus address 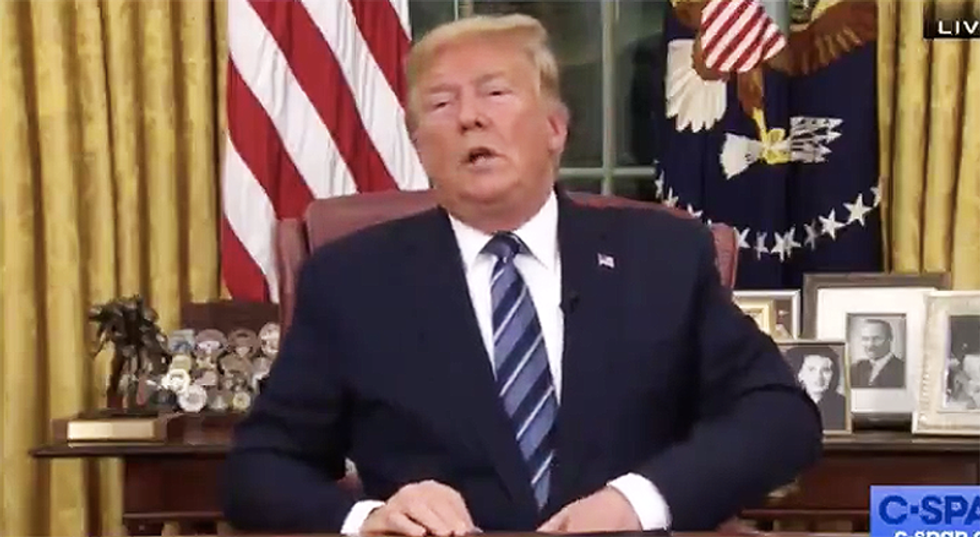 President Donald Trump apparently didn't know that cameras were still rolling after he addressed the nation.

Watching a C-SPAN video revealed that Trump nonchalantly lamented, "Okaaaaaaaaay," and ripped off of his microphone.

Typically, the president gives the address and then pauses until he knows they are off. It's unclear why Trump didn't know here.

In this case, a voice can be heard saying, "we're clear," before Trump takes off his microphone. Staffers then come up to his left side asking for the microphone and the screen fades to black.

"Everything is an act for him," noted Leah McElrath, who captured the moment. "Everything is pretend. He has no sense of the gravity of the situation because he lacks the capacity for empathy. As I’ve repeatedly says about malignant narcissists, they can only mimic socially appropriate affect."