Donald Trump Jr. reveals how he owned his dad when president told him to 'cool it' on Twitter 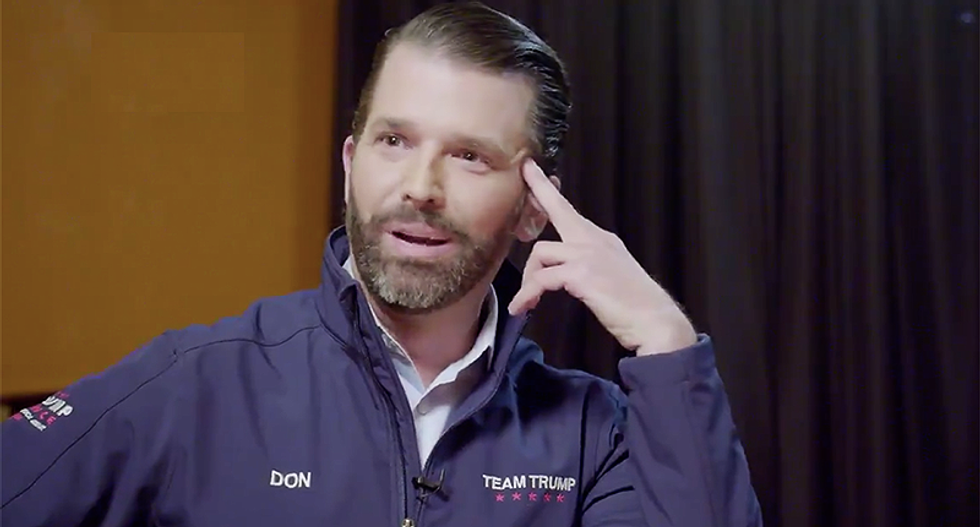 Combative first-son Donald Trump Jr. is known for trolling and trashing people on social media and then writing a book about them being "triggered." But it appears even his father understood he was taking it too far.

Teasing an interview with the president's namesake, Axios posted a video of the younger Trump recalling the time that his father told him to "cool it" on Twitter.

He explained that his phone rang, and it was the White House switchboard telling him to "hold for the president."

When his father told him to "cool it," he clapped back, saying he learned it all from dear-old dad.

He said later he saw his father tweet something worse, and assumed it was more that his father was mad his son beat him to the punch.