'Don't look away. This nation is so... cruel': Rights advocates decry execution of Nathaniel Woods by Alabama 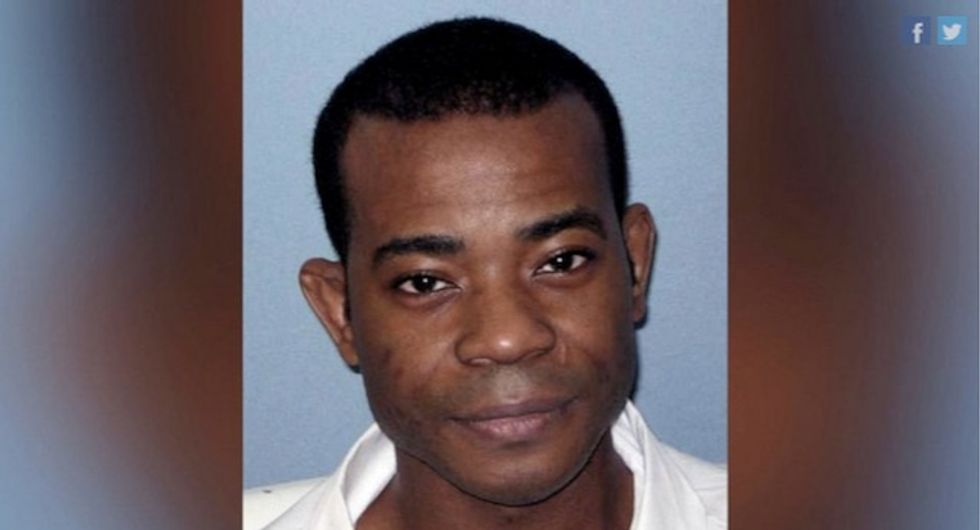 The state of Alabama on Thursday executed Nathaniel Woods—who was pronounced dead at 9:01pm local time—after the U.S. Supreme Court issued a temporary stay of execution that was later lifted and Republican Gov. Kay Ivey declined to exercise her powers of commutation or reprieve despite widespread public outcry, doubts about Woods' guilt, and concerns about the legal proceedings that led to his death sentence.

"He was a father, a grandfather, a brother, a son, a friend, a treasured loved one. And he was just murdered by the State of Alabama for a crime he did not commit."

"In the case of Nathaniel Woods, the actions of the U.S. Supreme Court and the governor of the state of Alabama are reprehensible, and have potentially contributed to an irreversible injustice," Martin Luther King III, one of the civil rights activists who helped bring national attention to the case, declared on Twitter. "It makes a mockery of justice and constitutional guarantees to a fair trial."

Writer and activist Shaun King was also among the high-profile figures who urged Ivey and the courts to intervene to #SaveNate. In a series of tweets Thursday night, King denounced the execution as "a modern day lynching" of "an innocent man," given that Woods was convicted of capital murder in the deaths of three police officers even though he was not the person who fired the fatal gunshots in the 2004 confrontation.

"Don't look away. This nation is so [grisly] and cruel," Shaun King added, detailing the grief of Woods' family members, who had fought to raise awareness about his case and prevent his execution, which had initially been scheduled for 6:00pm local time Thursday.

Woods was killed by lethal injection at William C. Holman Correctional Facility in Atmore, Alabama—just a few hours after footage circulated online of his family members reacting to news that Supreme Court Justice Clarence Thomas had signed a stay of execution. The stay was lifted within a couple hours, when the high court declined to review that case, as well as a second petition filed by Woods' legal team.

Critics took to Twitter to condemn Woods' execution as an injustice and a tragedy:

Some commentators even called for Ivey to step down after her refusal to intervene:

Ivey stood by her decision Thursday night. In a statement, she said in part that "after thorough and careful consideration of the facts surrounding the case, the initial jury's decision, the many legal challenges and reviews, I concluded that the state of Alabama should carry out Mr. Woods' lawfully imposed sentence this evening."

Along with Woods' relatives and well-known civil rights advocates, some family members of the police officers had also called on Ivey to save the inmate's life.

The Appeal's Lauren Gill reported late Thursday that a sister of Harley A. Chisholm III, said in a statement:

I do not think that Nathaniel is guilty of murder. I urge Governor Ivey to reconsider her decision not to intervene. There is no harm in allowing more time for the courts to investigate. I want the new evidence to be brought forward and evaluated by new attorneys. Please do not more forward with the hasty decision to execute Nathaniel. My conscience will not let me live with this if he dies. I beg you to have mercy on him.

Kimberly Chisholm Simmons, another sister of Harley Chisholm, reportedly told investigative journalist Beth Shelburne through tears that she did not support the execution of Woods as "he did not kill my brother. This is so unjust. I don't understand."

She tried to contact @GovernorKayIvey, but was told the Gov was in a meeting. She spoke with a staff member, expres… https://t.co/QLwxPfUrjt
— Beth Shelburne (@Beth Shelburne)1583462752.0

She told me her brother was an honorable man. Her family grieved his death and suffered for years after the crime.… https://t.co/XFNQdu4eK6
— Beth Shelburne (@Beth Shelburne)1583462752.0

This post has been updated to clarify that Lauren Gill is a journalist at The Appeal.