Echoes of Great Depression as jobless Australians queue for help 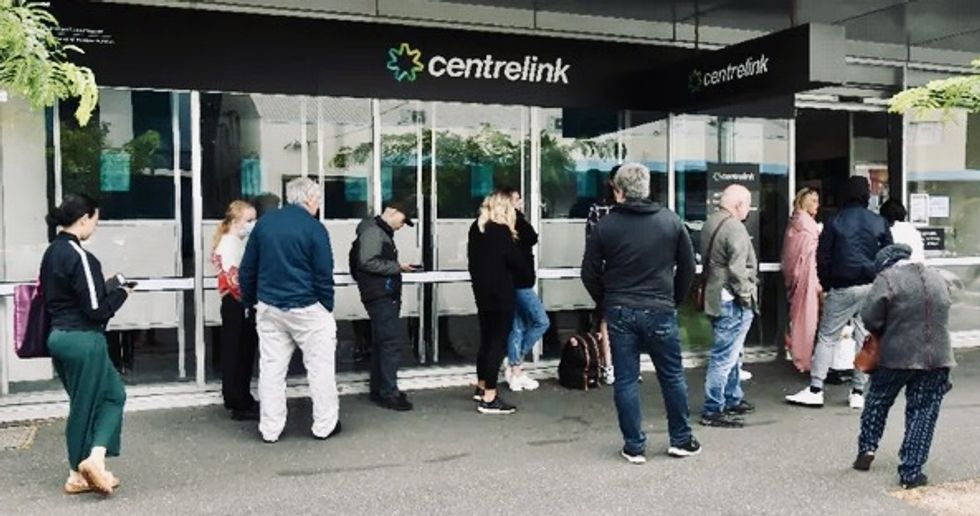 Jobless Australians flooded unemployment offices around the country Monday as Prime Minister Scott Morrison warned the coronavirus pandemic would cause an economic crisis akin to the Great Depression.

After a record 29 years of economic growth, Australia is poised to spiral into recession as the global coronavirus outbreak wreaks havoc on the country's economy despite a Aus$189 billion ($109 billion) government relief package.

In scenes not seen in Australia for decades, queues stretched around the block at unemployment offices around the country as the forced closure of pubs, casinos, churches and gyms began at midday on Monday.

An online portal for government services also crashed as jobseekers rushed to register for income support payments, which have been temporarily doubled by Aus$550 a fortnight to help people cope with the coronavirus crisis.

With hundreds of thousands of jobs on the line, Morrison told his compatriots they faced an economic crisis "the likes of which we have not seen since the Great Depression", referring to the global financial meltdown in the late 1920s and 1930s.

"They are lining up at Centrelink offices as we speak -- something unimaginable at this scale, only weeks ago," he told Parliament.

"They have lost their jobs, many, and we know many more will. This is the biggest economic shock our nation has faced in generations."

Services Australia, which operates the social welfares offices known as Centrelink, urged people not to visit physical locations unless there was a "critical need" to do so.

He later told Parliament the DDoS alarm had in fact been set off by almost 100,000 people trying to access the site at once.

Ahead of closing non-essential services, Australia had already shut its borders to international arrivals, while some interstate borders have been effectively shuttered and all non-essential travel is banned.

Morrison has warned the measures would remain in place across the country for up to six months, with stricter rules looming in an effort to contain the spread of coronavirus.

Australia's benchmark ASX 200 has lost 38 percent on coronavirus fears since its peak in mid-February, falling on Monday to lows not seen since November 2012.

Seven people have died from the disease in Australia, which has a death rate of just 0.44 percent compared to over four percent in countries like the United States, Britain and France.

The nation has recorded more than 1,600 cases of COVID-19, with infection rates accelerating in the most populous states.