Flame for 2020 Tokyo Olympics lit in Greece amid virus lockdown 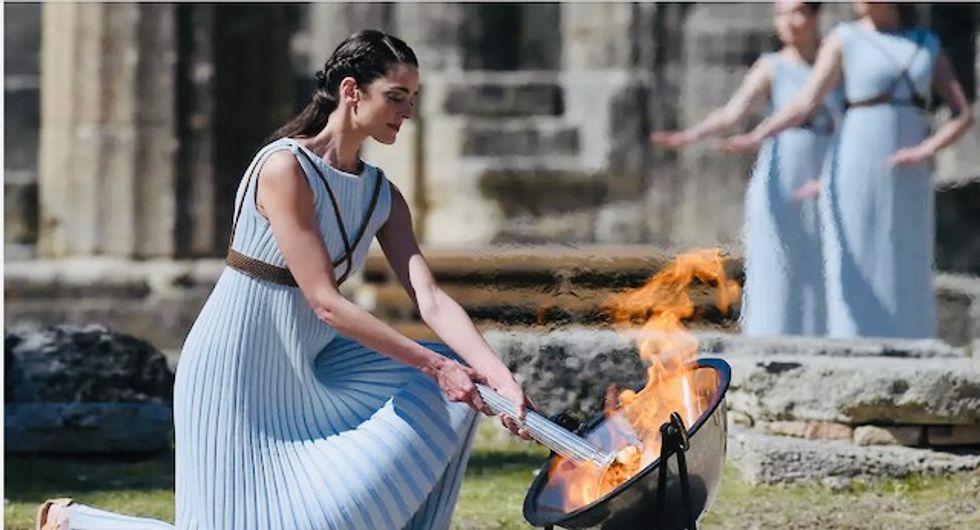 The Olympic flame for the 2020 Tokyo Games was lit in ancient Olympia on Thursday amid an unprecedented health lockdown as Greece registered its first death from coronavirus.

With spectators banned, an actress dressed as an ancient Greek high priestess lit the flame using the rays of the sun reflected off a concave mirror, launching a week-long torch relay in Greece before the flame is handed to Tokyo organisers on March 19.

"When the flame returns to Tokyo after 56 years, hope will light the way across the entire country," he said.

With the coronavirus causing a tsunami effect in world sport, doubts are increasingly being raised over whether the Olympics can be held as scheduled from July 24 to August 9.

Organisers have insisted the Games will go ahead as planned and the IOC has said there has not yet been any talk of cancellation or postponement.

The IOC has said it will coordinate closely with the World Health Organization, which has now officially classified the outbreak as a pandemic.