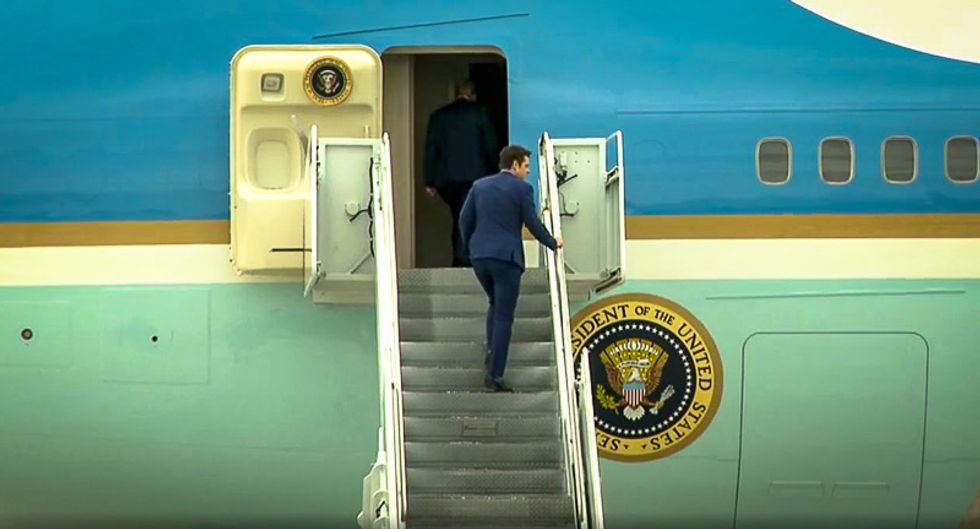 Republican Rep. Matt Gaetz of Florida will quarantine himself after he was said to come in contact with a person who tested positive for the COVID-19 virus.

"Congressman Gaetz was informed today that he came into contact with a CPAC attendee 11 days ago who tested positive for COVID-19," a spokesman for Gaetz posted on Twitter. "While the Congressman is not experiencing symptoms, he received testing today and expects results soon."

According to a pool report, Gaetz had been seen boarding Air Force One earlier in the day to travel with President Donald Trump to Florida. It was not immediately clear if Gaetz had come in contact with the president.

Before announcing he was informed today that he came into contact with CPAC attendee with Coronavirus, Matt Gaetz w… https://t.co/aGADrNFA18
— Manu Raju (@Manu Raju) 1583785055.0