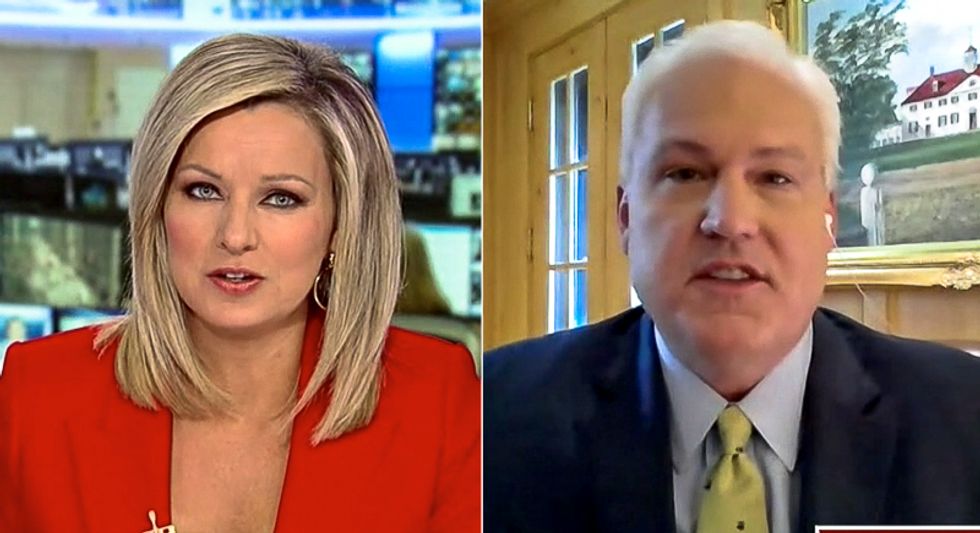 In a Wednesday morning appearance on Fox News, Schlapp argued that attendees of his conference had nothing to fear from the novel coronavirus even though one attendee tested positive.

"It's very, very difficult to contract this virus," he opined.

The CPAC founder, however, refused to reveal the name of the infected attendee. And to make his point, he compared COVID-19 to the HIV virus.

"When the aids epidemic first started, a lot of people said we have to publish the names of everyone who is positive," Schlapp said. "And we had a debate as a country about whether an individual has the right to have privacy over their health care issues."

"When it comes to the problem this country is facing with Chinese corona, they have not been releasing the names of those infected," he added.

Schlapp went on to assure Fox News viewers that President Donald Trump was not in contact with the infected CPAC attendee.

"No healthy people should run out and get a test," Schlapp insisted. "What matters is your symptoms, Sandra. I don't have any. The president doesn't have any."

According to the CPAC founder, lawmakers who have self-quarantined after coming in contact with the infected attendee "do not have corona."

"People do not need to worry," he said.

Smith interrupted Schlapp: "The most contagious point is when you're asymptomatic. That is what leads to other problems."

In response, Schlapp asserted that there is only a "one in a million" chance that someone who isn't showing symptoms could infect another person.