France to use helicopters, drones to enforce virus restrictions 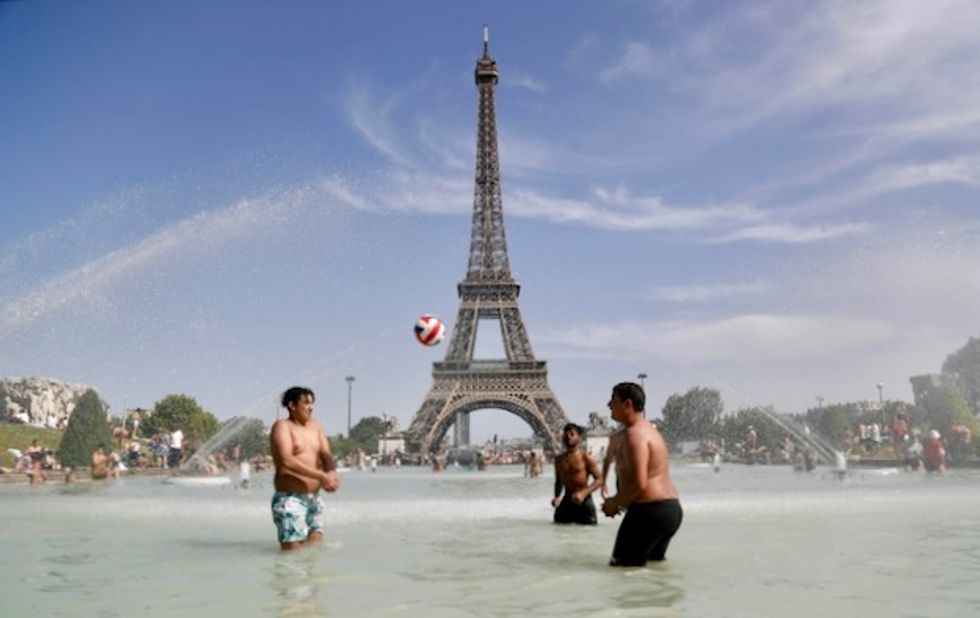 France is calling up helicopters and drones to boost the government's attempts to keep people in their homes, police officials said Saturday.

"The helicopters will give us a larger vision and a panoramic view of the situation in real time to help guide the patrols on the ground," a national gendarmerie source said.

One helicopter was already in use on Saturday, hovering above major Paris parks to ensure that confinement rules were respected.

Later Saturday, a French navy helicopter-carrier was on the way to Toulon on the south coast of France to evacuate coronavirus patients from the Mediterranean island of Corsica to hospitals in nearby Marseille.

And on Saturday evening, a French navy helicopter-carrier was on the way to Toulon from where the vessel's helicopters will evacuate coronavirus patients from Corsica to Marseille.

Drones will also be used to help keep people confined, in particular to keep an eye on the banks of the Seine river.

However the head of the army health service (SSA) Marilyne Gygax-Genero told the Journal du Dimanche weekly: "We don't have unlimited means."

The French army has already been supporting the hard-pressed medical services in the northeast city of Mulhouse.

Inmates in several prisons meanwhile refused to return to their cells after exercise, the prison service said Saturday.

France has been in lockdown since midday on Tuesday, with excursions from the home limited to buying food, visiting the doctor, walking the dog or going for a solitary jog.

The measures came as the government mulled expanding the two-week home confinement imposed on all residents in a bid to brake the epidemic that has seen more than 14,000 infected with the virus in France, and 562 deaths.

No gatherings are allowed, and workers can only go to work if their employer does not provide an option for working from home.

People who venture outside need to print out and fill in a government form. They risk a 135-euro ($145) fine if they cannot show one.

Although a full curfew has not been imposed, the government has deployed 100,000 police to monitor people's movements and make sure people who are outside keep their distance.

The French government's scientific council will on Monday make an announcement on the length and extent of the emergency measures, according to Health Minister Olivier Veran.

There is currently a lack of masks, especially for health workers who are prone to catch and spread the disease.

Veran said the government was also seeking to multiply the coronavirus test kits available in order to increase testing once the restrictions on movement are lifted.

Businesses are suffering from the restrictions. Many have been told to close with only key businesses like supermarkets and pharmacies allowed to keep their doors open.

"Here we are still making the bread but we're not giving out the change," said one baker in the eastern Paris suburb of Montreuil.

Coins are laid out by denomination on the counter and customers take whatever is their due, in order not to spread the virus.

Ordinary citizens are also, increasingly, doing their bit to assuage the effects of the forced confinement.

A florist shop in the Sarthe region of western France is losing heavily as his stock of roses and tulips can't be preserved.

"Rather than throw them away we decided to send the flowers to hospitals throughout France to give a boost to the nursing staff," said the florist, Philippe Bigot. "It's our contribution".