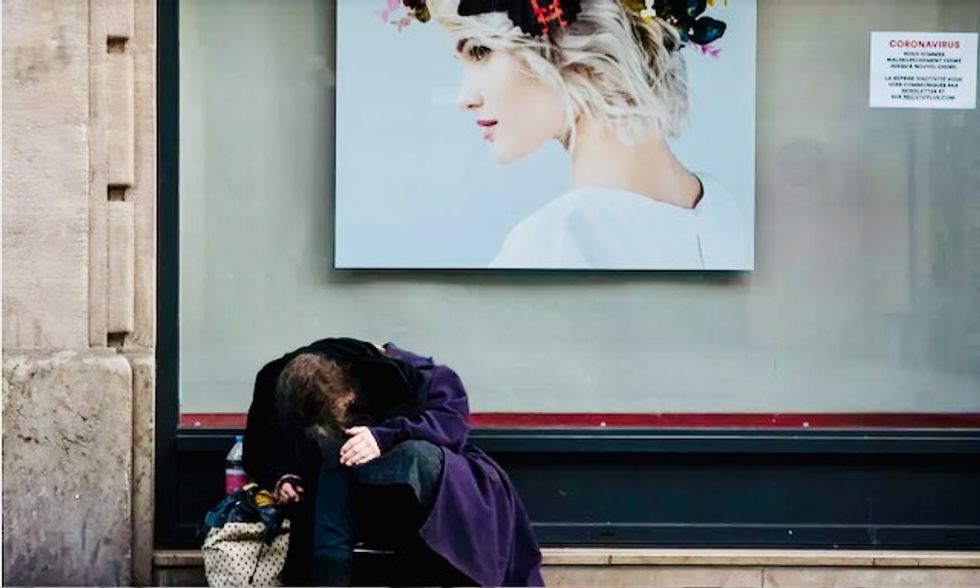 French homeless charities on Friday accused police of issuing fines to rough sleepers for failing to comply with a coronavirus lockdown as officials in Cannes said they would open the town’s world-famous festival pavilion to the homeless.

The FAS federation of homeless organisations said fines had been issued to homeless people in the French capital Paris, in Lyon in the east and Bayonne in the southwest, without providing numbers.

"We request that clear instructions be given... so that these sanctions cease immediately," Florent Gueguen, head of the federation, told AFP.

In a statement, the head of police in the Auvergne-Rhône-Alpes region, which includes the city of Lyon, said an internal investigation had concluded that no such fines had been issued.

The statement urged members of the public to stop spreading “fake news” on the subject.

French society has been in lockdown since midday Tuesday, with excursions from home limited to buying food, visiting the doctor, walking the dog or going for a solitary jog.

Workers are only allowed to go to the office if their employer does not provide an option for working from home.

People who venture outside need to carry a certificate, which can be printed from the government website, to declare the reason for their trip, and risk a 135-euro ($145) fine if they cannot show one.

French authorities say several dozen homeless people have been infected with the COVID-19 virus. Those who cannot be accommodated in homeless shelters and do not need hospitalisation, will be taken to new, dedicated centres in the coming days.

The government is also requisitioning hotel rooms to house the homeless during this period.

On Friday, the Riviera town of Cannes said it would open the pavilion of its prestigious annual film festival – postponed due to coronavirus – to homeless people.

Cannes municipal authorities said the venue, which usually houses congresses and art events, has been handed over to accommodate up to 50 people living on the street in what they saw as "a symbol of solidarity."

"Currently, the priority is confinement and the confinement of the most vulnerable," said Dominique Aude-Lasset, deputy director general of Cannes urban services.

Beds, meals and showers will be made available in line with regulations regarding social distancing during the virus-related confinement across France.

Television will also be provided, while temperature and baggage checks will be carried out at the entrance, Aude-Lasset said.

Organisers of the Cannes Film Festival, the world's biggest and most prestigious, said Thursday the event would not be able to go ahead in May, but could be postponed to mid-June or early July.

Along the Mediterranean coast in Nice, city authorities similarly plan to open up accommodation for the homeless from Monday.