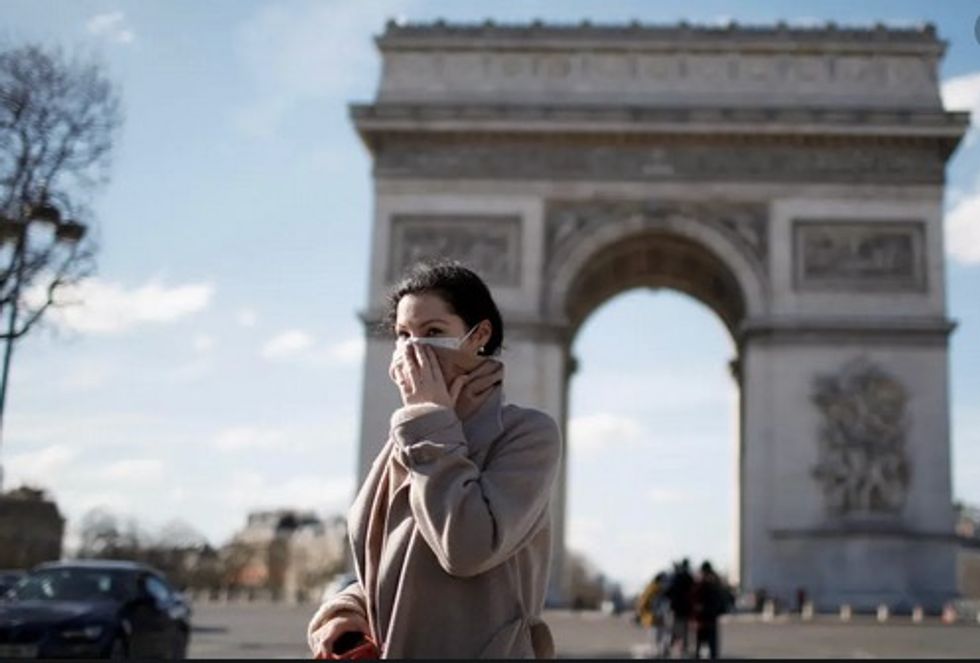 French police handed out over 4,000 fines Wednesday to people found violating an order to stay at home, on the first full

"Since this morning, we have begun procedures and 4,095 people were booked (for violating the rules)," Interior Minister Christophe Castaner told TF1 television.

From midday on Tuesday, people in France have been confined to their homes apart from essential trips, for which they must sign a document stating where they are going.

"Our aim to is to protect the French. The best way to protect lives is to stay at home," he said.

Asked about the fact the many French across the country were still taking walks or jogging, Castaner said this was permitted so long as people went outside alone.

Announcing the lockdown on Monday, President Emmanuel Macron said exercise was permitted, in contrast to the even tighter measures in Italy and Spain.

"This is discipline and a civic mentality. If needed we will be rigorous and will sanction people," he warned.

Asked to comment on a group of three French shown in a TF1 report doing meditation and yoga on a beach, he said this was okay but they should not sit so close together.

"Most of the French have been responsible and have changed their behaviour. But there are a minority behaving in a dangerous way," he added.

France is scrambling to contain the outbreak that has killed over 260 and infected more than 9,100 in the country.

On Wednesday, French defence minister Florence Parly said the army would hand over five million surgical masks from its own stockpiles to the health ministry.

The move comes after complaints of severe shortages for hospital and medical staff at the frontline of the fight against .