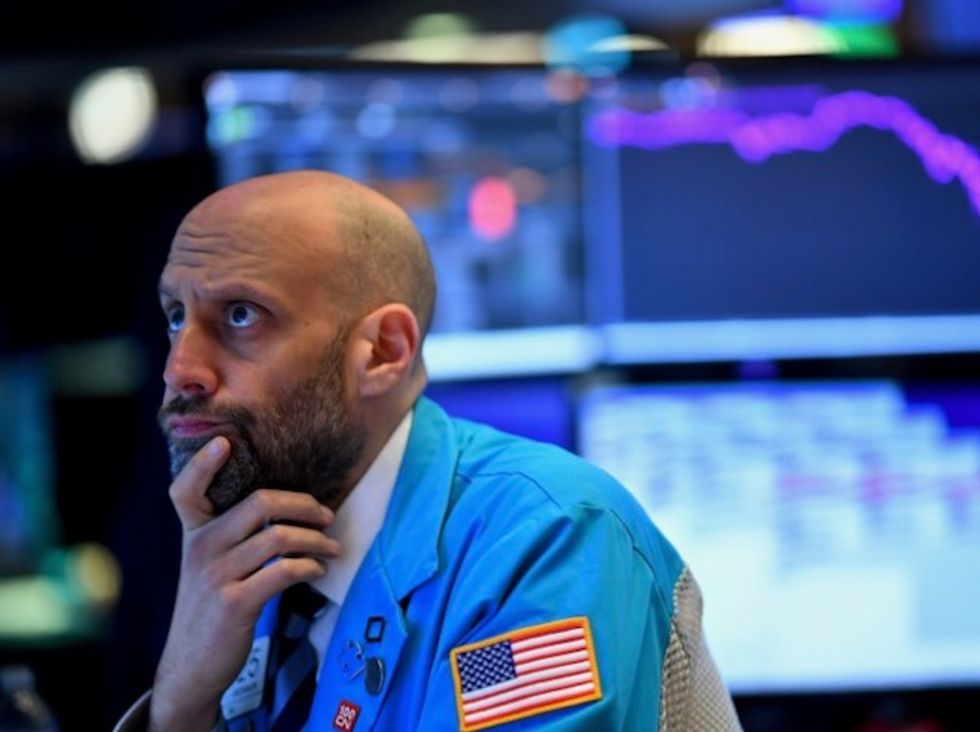 The negative mood was fuelled by the failure of US lawmakers to agree on a trillion-dollar emergency package to help the reeling American economy, analysts said.

European equities tanked four percent at the open before trimming some losses -- but still remained deep in the red in late morning deals and following heavy losses across Asia.

The dollar scaled to a three-year pinnacle against the euro as investors shunning risky equities flocked to the haven greenback.

Oil has plunged in recent weeks to multi-year lows, mainly on slumping demand caused by the virus -- but also because of a price war between top producers Saudi Arabia and Russia.

"Markets are again showing stress on fears that the economic damage will be worse than anticipated and that the response by governments and central banks will not be enough to prevent a mammoth recession," said analyst Neil Wilson at trading site Markets.com.

"James Bullard, President of the St Louis Fed, said US unemployment could reach 30 percent in the second quarter due to coronavirus shutdowns, while he warned GDP could decline by 50 percent. This would be an unprecedented event."

The global death toll from the virus has surged past 14,400, with nearly a billion people confined and non-essential businesses shut in dozens of countries and growing fears about a recession.

"A leap in the global death toll led by Italy from the coronavirus coupled with a failed stimulus vote in the United States saw markets rocked at the start of the week," said London Capital Group analyst Jasper Lawler.

"In times like these cash is king and the dollar is king of cash," added Lawler.

In the Asia-Pacific region, Wellington stocks nosedived 7.6 percent as New Zealand announced a four-week lockdown to stop the spread of the coronavirus.

Tokyo was the exception, closing two percent higher as a cheaper yen against the dollar boosted shares in Japanese exporters.

Market watchers are trying to figure out just how severe the impact of the pandemic will be on the global economy, with social distancing measures and lockdowns dealing serious blows to many industries.

Airlines have been hit particularly hard, with isolation measures shutting down routes and grounding fleets worldwide.

Singapore Airlines said it would ground most of its fleet until the end of April. The carrier said it was facing the greatest challenge in its existence.

Elsewhere, Anglo-Dutch energy major Royal Dutch Shell -- which has been rocked by collapsing oil prices -- announced it was cutting spending and costs by billions of dollars, as well as suspending its share buyback plans.

US senators failed to agree on a trillion-dollar proposal to rescue the American economy on Sunday, as Democrats said the Republican plan failed to provide sufficient protection to millions of workers or shore up the critically under-equipped healthcare system.

The bill proposed an estimated $1.7 trillion or more in funding to cushion the blow from the pandemic for American families and thousands of shuttered or suffering businesses.