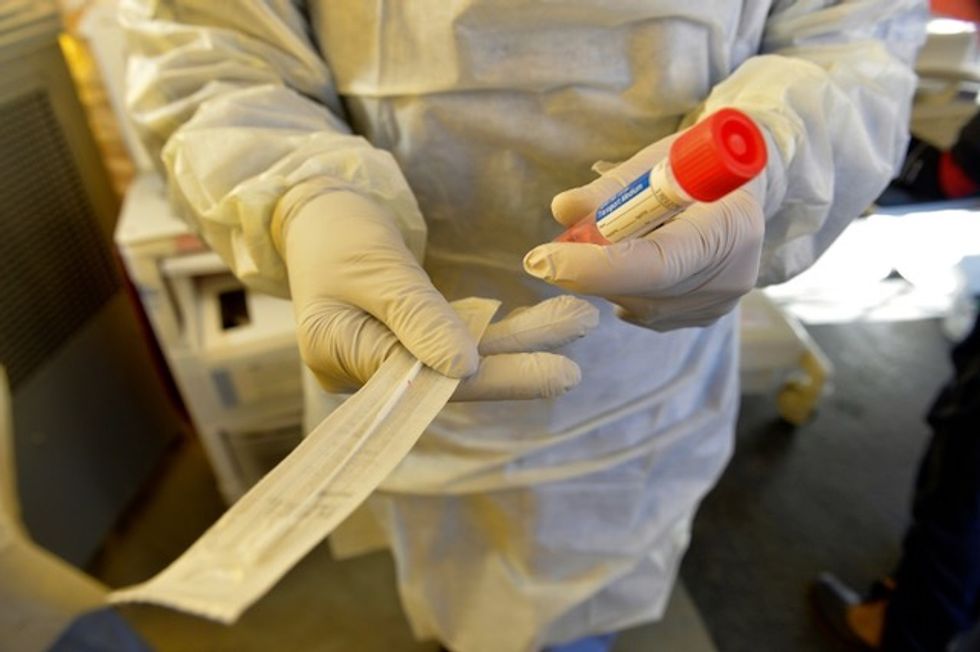 The number of global coronavirus infections shot past 200,000 on Wednesday, as governments across Europe, North America and Asia rolled out tough measures to put the brakes on the ferocious spread of the deadly pandemic.

Worldwide fatalities topped 8,000 and more deaths have now been recorded in Europe, the new virus epicentre, than in Asia since the outbreak first emerged in China in December.

From Belgium to Britain and the United States, governments across the world have imposed draconian lockdown measures, forcing unprecedented social change and sending financial markets into a tailspin.

The European Union sealed its borders on Wednesday, barring travellers from outside the bloc for 30 days to try to slow the rapid spread of the virus.

There are more than 79,000 cases across Europe, with Italy, Spain and France leading infections and fatalities.

As the spectre of a deep global recession looms large, London and Washington announced massive economic stimulus packages after coming under fire over their response to the crisis.

But financial markets were unimpressed, with US, European and Asian stocks all sinking on Wednesday.

And the International Labour Organization warned that the pandemic could leave up to 25 million more people out of work and drastically slash workers' incomes.

US President Donald Trump said the White House was discussing a "substantial" spending bill with Congress that would include immediate cash payments to Americans.

Officials did not give hard numbers but The Washington Post reported the amount could reach $850 billion, with a chunk destined for airlines fearing ruin.

On Wednesday he promised more "very important" news from the Food and Drug Adminstration to be announced at a press conference later, calling the illness the "Chinese Virus" -- a term that irks Beijing.

The EU warned of long-term ripples from the virus as it imposed its new travel restrictions, the most significant emergency measure from Brussels, which has struggled to develop a unified response.

AFP / John SAEKI How long does the virus survive?

"But now it is clear that this is a virus that will keep us busy for a long time yet," she said. "We understand that measures that seemed drastic two or three weeks ago, need to be taken now."

Within the bloc some countries have sealed borders, while bars, restaurants and most shops have closed their doors until further notice, grinding life in Europe's normally bustling cities to a halt.

Some 850 million youngsters have been kept home globally -- about half the world's student population -- according to UNESCO.

"The scale and speed of the school and university closures represents an unprecedented challenge for the education sector," it said.

AFP/File / Brendan Smialowski Trump promised 'very important' news from the FDA, the US agency responsible for ensuring the safety of drugs, vaccines and medical devices as well as US foods

Trump said the US-Canada border would close for all non-essential travel -- but assured trade would continue unfettered -- building on a previous ban on most visitors from Europe and China.

In the US itself, Maryland became the latest state to delay presidential election primaries and New York City is considering curfews.

Australia's government urged citizens to not travel abroad and banned gatherings of more than 100 people as cases topped 500.

The World Health Organization called for "aggressive" action in Southeast Asia to combat the virus after it was largely spared the alarming number of cases clocked elsewhere in the region early on.

Malaysia has already banned travellers from overseas, while Vietnam has blocked visitors from several European nations.

The WHO has called for every suspected coronavirus case to be tested, though many countries, especially in Europe, are only screening those who require hospitalisation or who are very sick.

Latin America has more than 1,100 recorded infections and the continent's most populated country Brazil announced its first fatality.

Every sector from tourism to food to aviation is affected as the global economy effectively goes into shutdown.

The outbreak has also shredded the global sporting and cultural calendar.

In football, The European and Copa America championships have been postponed until next year, and the French Open tennis tournament has been delayed to the autumn.

The Tokyo Olympics still hang in the balance.

The International Olympic Committee acknowledged there was no "ideal" solution, after some top athletes said they were being forced to take health risks should the summer extravaganza go ahead.

Both the Eurovision Song Contest and the annual Glastonbury music festival in England have been axed.

The European Court of Human Rights found on Tuesday that Russia was responsible for the assassination of ex-KGB officer Alexander Litvinenko, who died an agonizing death in 2006 after being poisoned in London with a rare radioactive substance.

Litvinenko, a defector who had become a vocal critic of the Kremlin, died three weeks after drinking green tea laced with polonium-210 at a plush London hotel.

Republicans blocked from serving on a House select committee investigating the Capitol insurrection have reportedly formed their own "committee in exile."

The five Republicans, three of whom voted against certifying the 2020 presidential election results, were nominated to serve on the committee by House GOP leader Kevin McCarthy.