GOP leader accidentally describes Trump kids: 'The only reason you have that job is your father' 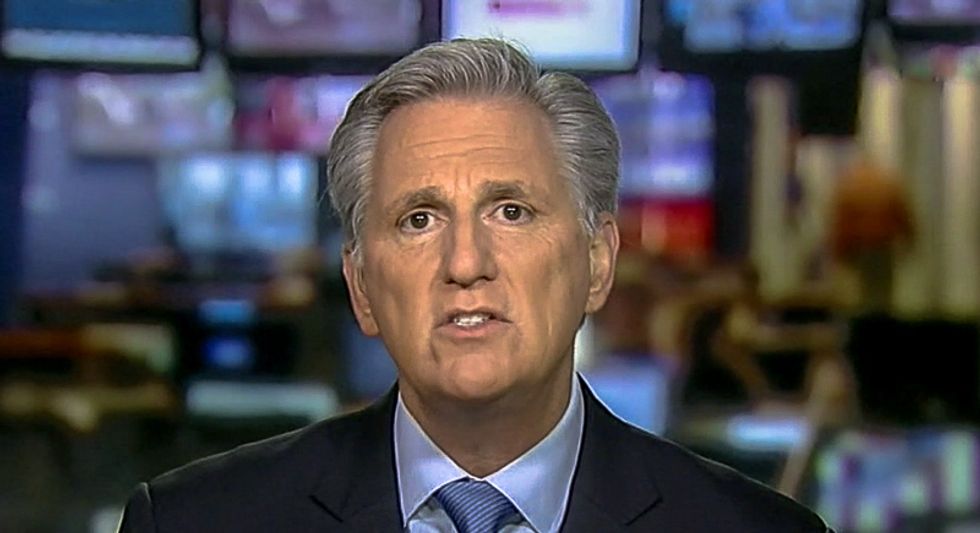 "This should not be about politics," McCarthy said. "Any elected official that uses their office or has their children who uses their office to get economic gain, where you're getting $50,000 a month -- how many Americans don't make that in a year?"

"And you have no experience whatsoever," he continued. "And the only reason you have that job is because of your father."

While McCarthy was referring to Hunter Biden, Twitter users pointed out that his words also described Ivanka Trump and her husband Jared Kushner.