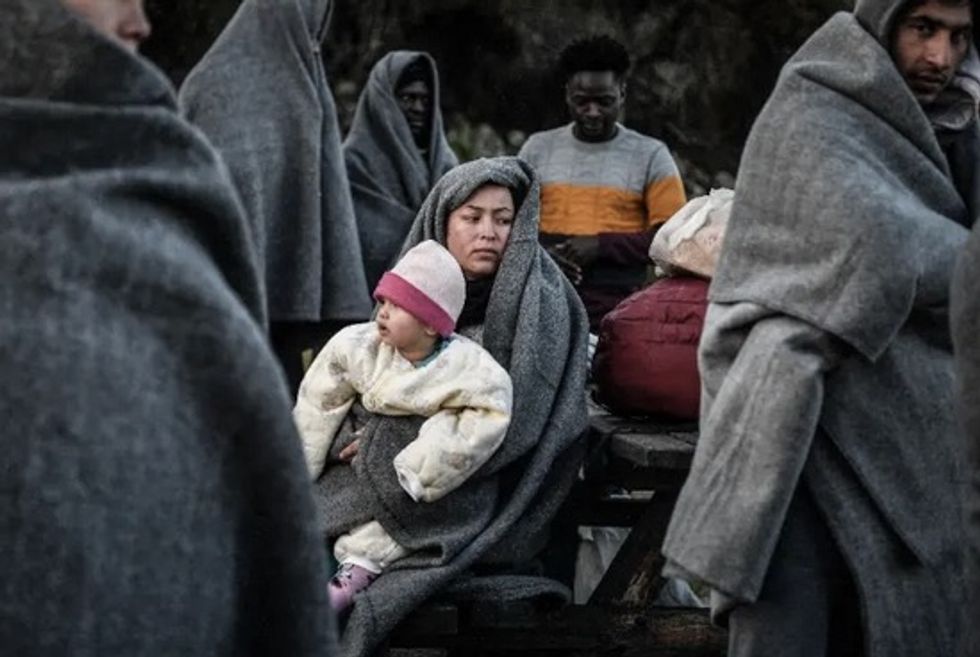 More than 1,700 migrants have landed on Lesbos and the four other Aegean islands over the past week, adding to the 38,000 already crammed into abysmal and overstretched refugee centres

Two men appeared in a Lesbos court Friday in the first legal action against Greeks accused of attacking aid workers on the island, where a violent backlash has erupted against those helping the swelling number of refugees.

The new surge of migrants, who have arrived on Lesbos by boat from Turkey, spiked already high tensions on an island that has been on the frontlines of the migration crisis for years.

Frustration exploded into violence last weekend with a spate of mob attacks on foreign aid volunteers and journalists accused of encouraging more refugees to land on Greek's shores.

On Friday two men were brought to court for making threats on social media after a complaint filed by Efi Latsoudi, the head of the NGO Lesbos Solidarity, which runs the PIKPA refugee camp on the island.

"The aim is to open a broader judicial procedure," she told AFP Friday.

"I've never seen anything like it," she said, referring to the weekend violence that rocked Lesbos as mobs set up roadblocks, attacked cars carrying NGO workers and beat journalists.

Two cars belonging to the PIKPA camp were also vandalised on Sunday and an unoccupied migrant reception centre in the north of the island was set alight by angry locals.

In recent days many aid groups have evacuated staff and suspended operations, citing the dangerous environment for staff.

This is the "first trial concerning the violence of the last few days," Asterios Kanavos, a lawyer for the NGO Refugee Support Aegean, told AFP.

"We've had very, very concrete warnings that people are trying to hunt us, trying to find out where we live," said the operations leader of an international aid group who works in the main Moria camp, requesting anonymity.

Aid groups have also accused police of turning a blind eye to the "fascist mobs" leading attacks and intimidation.

According to a police source, an investigation was opened this week after "several reports of attacks on individuals and cars".

More than 1,720 migrants have landed on Lesbos and the four other Aegean islands over the past week, adding to the 38,000 already crammed into abysmal and overstretched refugee centres.

In a bid to halt the new surge of arrivals, which erupted after Turkey said it would open the gates for refugees to enter Europe, Greece has suspended asylum procedures.

New arrivals on Lesbos have been brought on board a navy ship at the island's port, but it is unclear where they will be taken.