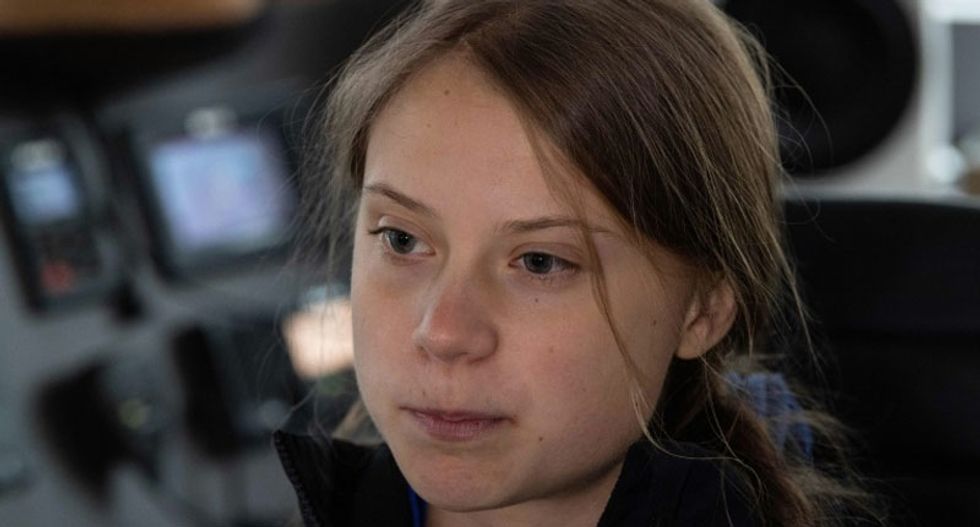 Teenage eco-warrior Greta Thunberg branded the EU's grand plan to achieve carbon neutrality by 2050 inadequate on Wednesday and said Europe is falsely claiming to lead the world on climate.

The European Union must stop "pretending that you can be a climate leader and still go on building and subsidising new fossil fuel infrastructure," the Swedish activist told a committee hearing at the European Parliament.

The 17-year-old said that despite "disregarding" science, the EU was hoping its plan "will somehow solve the biggest crisis humanity has ever faced".

"This must come to an end," she said.

Earlier, Thunberg had been a guest at a meeting of top EU officials that approved a proposal to enshrine into law the EU's ambition of net zero carbon emissions by mid-century.

This would bind the EU's 27 member states to balance polluting emissions and the removal of greenhouse gases -- such as by using carbon capture technology or reforestation -- within the next 30 years.

The law, once ratified, would also give the EU executive new powers to impose emission targets on member state governments.

"When your house is on fire, you don't wait a few more years to start putting it out," said Thunberg.

"When the EU presents this climate law and net zero by 2050 you indirectly admit surrender, that you are giving up," she said.