'I'd rather die': Glenn Beck joins the GOP call for old people to sacrifice themselves to coronavirus 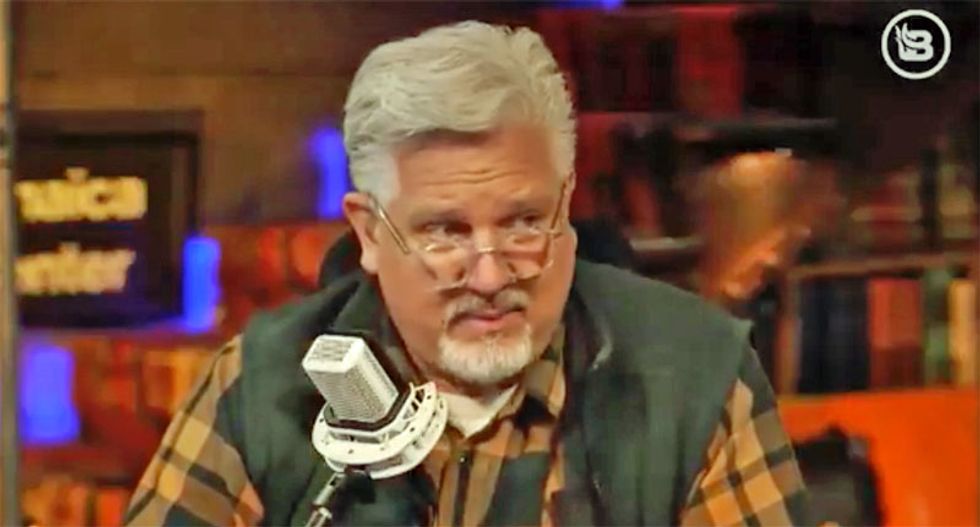 On Tuesday, right-wing shock jock Glenn Beck followed Texas Lt. Gov. Dan Patrick's lead, and suggested that older people should risk their lives and potentially expose themselves to coronavirus for the sake of the economy.

"I sincerely hope that we are not at a place, as Americans, where we are going to let the Democrats jam down the Green New Deal because we're at home panicked," said Beck. "I want to have a frank conversation with you and ask you where you stand. I mean, I'm in the danger zone. I'm right at the edge, I'm 56. In Italy they're saying if you're sick and your 60, don't even come in. So I'm in the danger zone."

"I would rather have my children stay home and all of us who are over 50 go in and keep this economy going and working," he continued. "Even if we all get sick, I'd rather die than kill the country, because it's not the economy that's dying, it's the country."

Glenn Beck says older Americans should return to work: “Even if we all get sick, I would rather die than kill the c… https://t.co/BOYJoSoE59
— Jason Campbell (@Jason Campbell) 1585091417.0