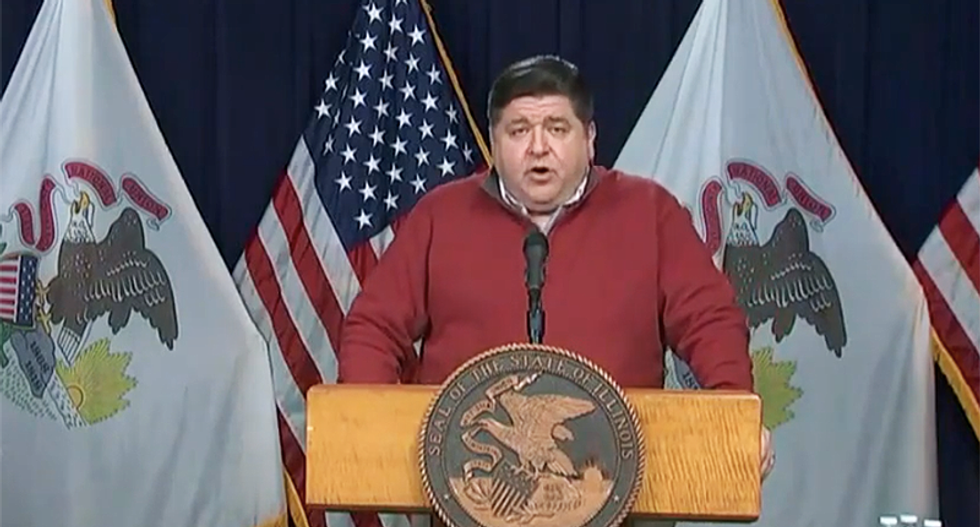 Illinois Gov. J.B. Pritzker said that he's ready to simply take matters into his own hands after the federal government has failed to meet its promise of millions of test kits.

"Right now, all of the experts point to 10,000 tests to the standard that we need to achieve," he said in prepared remarks on Sunday afternoon.

"Again, I want to be frank with you," he continued. "Where we are now is not where I want to be. Every day we aren't hitting 10,000 tests or more is a day we are not able to get answers to get past this current crisis. And to be clear, the loss of essentially the entire month of February in the effort to scale up robust testing and the exponential spread that followed was a profound failure of the federal government."

He explained that since then, state leaders had done everything they can to try and make up for the failure at the federal level. When comparing the U.S. to other countries, he said that those countries are, per capita, far more ahead of the United States.

"But the most frustrating part of this gap is that it's not just in the past," he said. "The White House has promised millions of tests for weeks now, and they're just not here. To be clear, I also welcome the testing capacity when it actually arrives. But I'm not going to wait on promises from the federal government that may never be fulfilled. We need this testing capacity now. So, we're building it ourselves in Illinois."

He said that labs in the state are starting a "second shift" of people who will work to ensure tests can be processed quickly. Once the necessary equipment is available, he said that they'd be adding a third shift. The state will also be borrowing robots that can be of some help in processing the tests.