'Insane and cruel': Watch nurse rip question on how US can afford to make coronavirus vaccine free 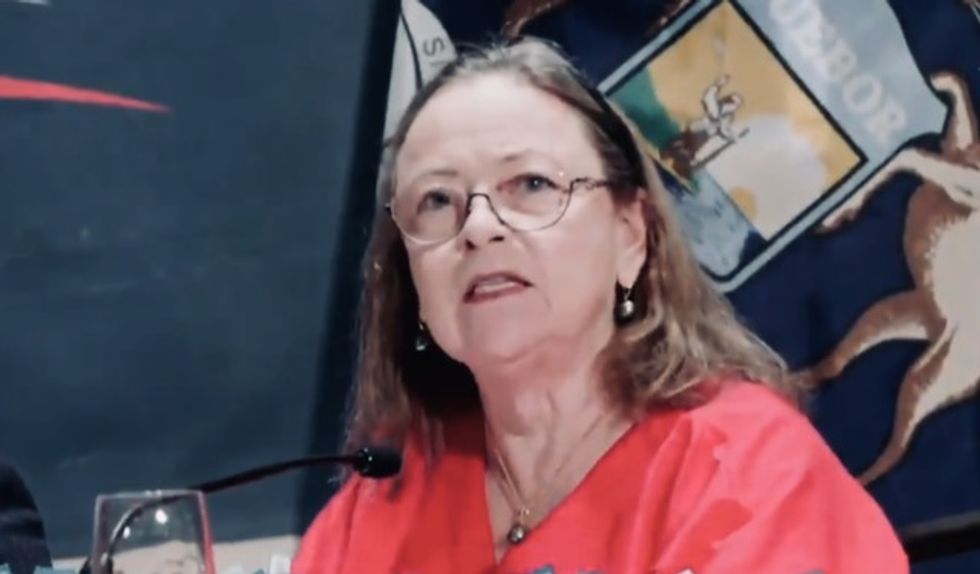 "We can actually go to war and not ask one question, but to prevent this kind of a disease, we have to say, 'How can we pay for it?'"

Speaking at a coronavirus roundtable in Detroit Monday alongside Sen. Bernie Sanders and public health experts, registered nurse Deborah Burger forcefully shot down a question on how the United States can afford to make any COVID-19 vaccine free for everyone in the country, noting that no one asks that question of other vaccines or America's endless wars overseas.

Burger, president of National Nurses United (NNU), pointed out that "nobody asked how you pay for" the Polio vaccine "because what they saw were children in iron longs that were going to be damaged forever."

"How insane and cruel is it to suggest that we have to figure out how to pay for it when we can actually go to war and not ask one question, but to prevent this kind of a disease, we have to say, 'How can we pay for it?'"

Sanders, who is pressuring the Trump administration to make any coronavirus vaccine free and available to all, also weighed in on the pay-for question.

"Do I approve of [the U.S. government] spending a few cents for a vaccine rather than seeing people die or spending thousands of dollars on hospital care? Yeah, I kinda think it makes a little bit more sense to invest a few cents in a vaccine," Sanders said.

"Does anybody in their right mind believe that if you're rich you should be able to afford a vaccine and save your life but if you're poor you gotta die?" Sanders asked. "Is that really where we're at in the United States of America?"