'It's going to be a tsunami': NY's Governor Cuomo warns coronavirus numbers are about to get catastrophic 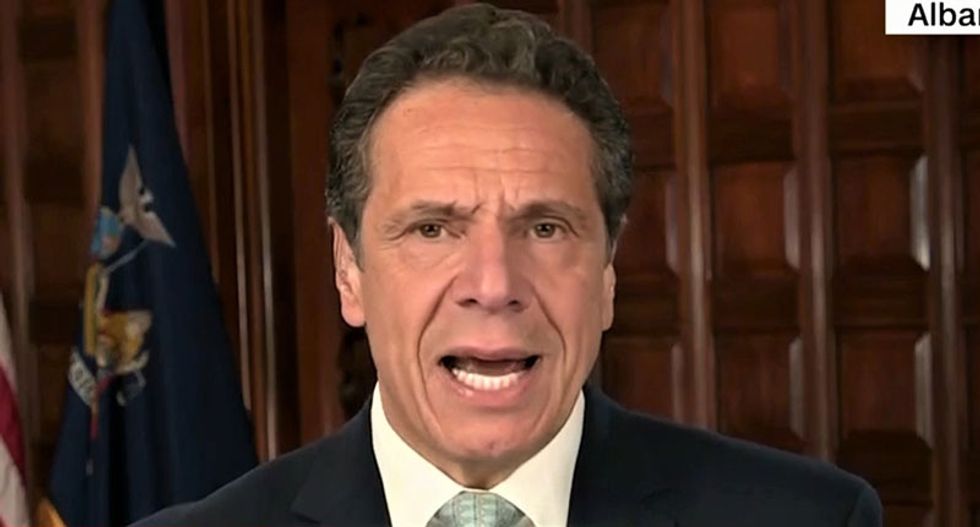 On CNN Monday, Gov. Andrew Cuomo (D-NY) appeared on the show hosted by his brother Chris, to warn about the imminent catastrophe coronavirus will wreak on the health care system in his state.

"I think the president is getting it. This has to be a national effort," Cuomo continued. "There is no country that has done this that didn't make it a national effort. China, South Korea, Italy. It's the federal government that has to do this. You look at the national headlines today. Every state doing their own thing. Different cities doing their own thing. It's confusing. It's chaos. They don't know which way to go. The federal government should come up, step in, and say, this is what we're going to do. This is what we do in schools, this is what we do in businesses, here are the rules. And then the states can adjust the rules to their particular circumstances."

"Second, what you said about capacity is exactly right," added Cuomo. "They all talk about flattening the curve. Flattening the curve. I don't see a curve. I see a wave. And the wave is going to break on the health care system and I am telling you, my little brother, it is going to be a tsunami. You take any numerical projections on any of the models and our health care system has no capacity to deal with it. We in New York have 3,000 ICU beds. We already use 60. We need multiples of that. You're talking about thousands, because the people who are going to come in are the older people with the underlying illnesses, emphysema, heart disease, et cetera."

"Let's get ahead of it, and let's bring in the Army Corps of Engineers, and let's start building temporary medical facilities, because we know we're going to need them," he said emphatically. "As many as we produce."