Judiciary is finally fighting back against Trump's lawlessness -- and not a moment too soon: conservative columnist 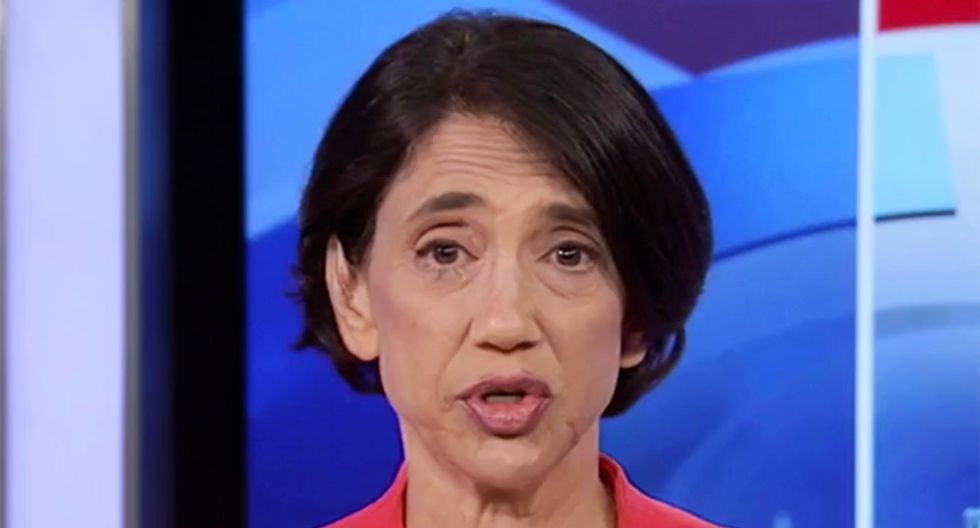 Conservative Washington Post columnist Jennifer Rubin wrote Friday that she is grateful that the judiciary is finally fighting back against President Donald Trump's contemptuous attitude toward the law.

Thursday, a Republican-appointed federal judge called out the Trump administration for their misrepresented facts and outright lies to the public.

"U.S. District Judge Reggie Walton, overseeing a lawsuit brought by EPIC, a watchdog group, and BuzzFeed News, said he saw serious discrepancies between [Attorney General William P.] Barr’s public statements about Mueller’s findings and the public, partially redacted version of that report detailing the special counsel’s investigation of Russian interference in the 2016 election," the Post reported. "Because of those discrepancies, Walton ruled, the judge would conduct an independent review of Mueller’s full report to see whether the Justice Department’s redactions were appropriate."

The judge was brutal in his comments attacking Barr's credibility.

“In the Court’s view, Attorney General Barr’s representation that the Mueller Report would be ‘subject only to those redactions required by law or by compelling law enforcement, national security, or personal privacy interests’ cannot be credited without the Court’s independent verification in light of Attorney General Barr’s conduct and misleading public statements about the findings in the Mueller Report," he said.

Barr is only able to be a lawyer because a state bar gives lawyers their accreditation. If a state bar decided to discipline Barr he would be the first attorney general in history to be serving while enduring a humiliating disciplinary process.

"In the case of the census, when Roberts essentially found that the administration had provided a false reason for including the citizenship question, the bar should have followed up to investigate each attorney involved in making false arguments to courts," Rubin said. They didn't, of course, but maybe there will be enough pressure on the state bars to act.

"We also recently witnessed U.S. District Judge Amy Berman Jackson admonish Trump associate Roger Stone for intimating that he was the victim of a 'deep state' plot," Rubin recalled. "She rebuked the arguments that Trump and his cultists had advanced, claiming Stone was being persecuted for his political beliefs. She eviscerated Trump’s arguments that the jury forewoman had been engaged in misconduct. And she repudiated the notion that truth does not matter.

"Again, in the extraordinary sequence of events in which the Justice Department flip-flopped on its sentencing recommendation for Stone after Trump’s outburst on Twitter, there must be consequences for the lawyers involved, up to and including the attorney general. The bar must step up to the plate," Rubin explained.

"Federal judges can make a meaningful contribution to preserving the rule of law from attacks from either the right or left and from prosecutorial misconduct. Indeed, they have an obligation to do so," she closed. "They can take additional steps, including holding counsel in contempt and ruling on motions to apply sanctions for frivolous motions and arguments. While the attacks on the courts are dismaying, we should be relieved that the courts are fighting back. It is about time."