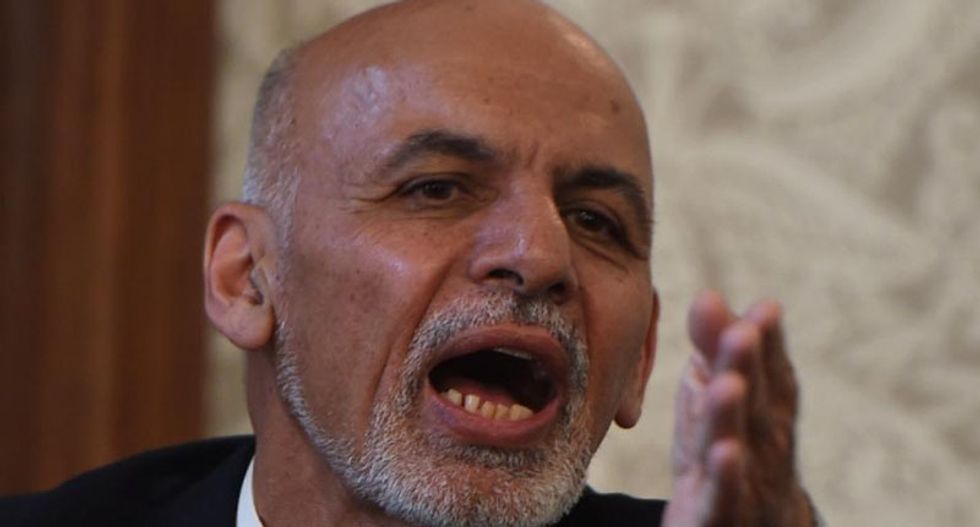 The Afghan government will gradually release 5,000 Taliban prisoners starting this week if the insurgents significantly reduce violence, President Ashraf Ghani's spokesman said early Wednesday, seeking to resolve a dispute that has delayed peace talks between the militants and Kabul.

The announcement came hours after the US said its forces had started pulling out of two bases in Afghanistan, in line with a deal signed between Washington and the Taliban in Doha last month.

The government will "release 1,500 Taliban prisoners as a gesture of goodwill" starting Saturday, with another 3,500 to be freed after negotiations begin, Sediq Sediqqi said on Twitter.

The agreement, which will initially see 100 prisoners freed each day, will depend on the Taliban's willingness to significantly limit attacks in the country, he added.

The decision attempts to resolve one of the long-running spats that has stymied potential peace talks between the insurgents and the Afghan government.

Although the Taliban were due to start talks with Kabul on Tuesday, negotiations were delayed because the insurgents' demanded as a prerequisite the prisoner release in exchange for 1,000 captives.

Ghani had refused but Wednesday's decree signaled a softening of his stance, with the proviso that none of the released prisoners would return to the frontlines.

According to the decree, after the first 1,500 captives are freed, a further "500 Taliban prisoners will be released every two weeks" once negotiations begin.

The prisoner exchange was one of the major points in the US-Taliban agreement, which was endorsed by the UN Security Council on Tuesday.

The resolution was presented by the US and unanimously approved, a rare endorsement of an agreement with a militant group. The Council urged the Afghan government "to advance the peace process, including by participating in intra-Afghan negotiations".

Under the US-Taliban deal, foreign forces will quit Afghanistan within 14 months, subject to Taliban security guarantees and the insurgents' holding the talks with Kabul.

- US withdrawal under way -

The US is initially supposed to cut its troop presence from about 12,000 currently to 8,600 by mid-July, and close five of its roughly 20 bases across the country.

Troops have started leaving one base in Lashkar Gah, the capital of Helmand province in the south, and another base in Herat in the west, a US official told AFP on the condition of anonymity.

Helmand is where US and British forces fought some of the bloodiest campaigns of the 18-year war.

AFP/File / MANPREET ROMANA US troops have started leaving one base in Afghanistan's Helmand province -- where Marines from the 2nd Battalion, 8th Marine Regiment of the 2nd Marine Expeditionary Brigade are pictured walking towards helicopter transport in 2009

The initial drawdown comes as the Taliban, which see themselves as having achieved "victory" over America, test the Pentagon's resolve to protect local partners by conducting dozens of low-level attacks against Afghan forces. The US has only responded to a few of these attacks.

In the previous 24 hours, the insurgents carried out attacks in 32 out of 34 of the country's provinces, killing seven people including two civilians, interior ministry spokesman Nasrat Rahimi told AFP.

The Taliban have ramped up attacks since halting a week-long partial truce in place until the signing of the Doha accord, ending a welcome reprieve for ordinary Afghans who have born the brunt of the deadly violence.

Under the US-Taliban deal, the militants are to prevent groups including Al-Qaeda from using Afghanistan as a base to threaten the security of the US and its allies.

In congressional testimony on Tuesday a top US General, Kenneth McKenzie, said the Islamist extremist Taliban have been "very effective" against the Islamic State group in Nangarhar province over the last few months.

"There was very limited support from us," he said, without elaborating.

There was no immediate reaction from the insurgents to Ghani's decree on the prisoners, which followed a deepening political crisis in Kabul. Ghani's rival Abdullah Abdullah also declared himself president and held a simultaneous swearing-in ceremony on Monday, minutes after Ghani took the oath for his second term.

Washington has denounced Abdullah's self-inauguration, urging unity in Kabul ahead of negotiations with the Taliban.

A member of the Taliban's leadership council -- the Quetta Shura -- told AFP on Tuesday the insurgents had delivered a list of the 5,000 captives they wanted freed to the Afghan government.

But he accused Kabul of acting in bad faith, alleging that "the government (planned) to release only those prisoners who are elderly, very ill, or those whose sentences have expired".

Kabul did not respond to the allegations, but Ghani's decree on Wednesday said that "prisoners will be released based on their age, health status and the remaining jail term".

The Taliban's political spokesman Suhail Shaheen tweeted Tuesday that any prisoners "handed over to us... will be accepted (only) after verification by our delegation".

"They should be the people whose names are in the list," Shaheen wrote.