Mar-a-Lago is closed — but the family swimming pool is still open at Trump National Doral: NYT 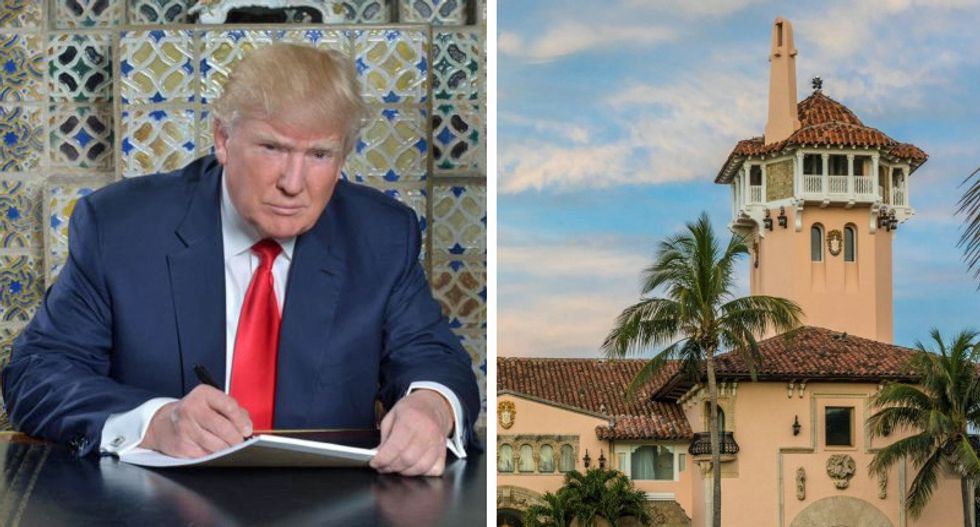 "Reeling from the global fallout of the coronavirus pandemic, President Trump’s family business has cut back hotel operations, closed some golf courses and restaurants and shed dozens of workers — all while pushing to keep other properties open and promote them on social media," the newspaper reported.

"In recent days, the Trump Organization cut staff from hotels in New York and Washington, halted new reservations at a hotel overlooking the Las Vegas Strip and closed golf courses in Los Angeles and the Miami area, according to people with knowledge of the matter," The Times reported. "It also closed the Mar-a-Lago club in Florida, which normally would be at a peak right now, with regular seasonal visits by Mr. Trump himself."

The Trump Organization controls over a dozen golf courses and is involved in hotels across the country and world.

"Generally, the company has folded the tent only when local authorities mandated it, despite a growing national urgency to limit social gatherings and close nonessential businesses," the newspaper reported.

Eric Trump says the company is following the law.

“As an organization we are following federal, state and local direction and guidance very carefully,” he said.

The Trump Organization is still urging people to visit their properties that remain open, even in New York.

Looking to get some #freshair? The golf course is a great place to relieve stress and exercise social distancing… https://t.co/uQmSBPElqs
— Trump Ferry Point (@Trump Ferry Point)1584709315.0

"Not far away, at the golf resort in Doral, another of Mr. Trump’s highest-profile properties, the company was still accepting new reservations on Friday, though it had shut down its courses and restaurants. Still, according to a hotel employee, the family pool remained open," The Times reported.