Mike Pompeo ridiculed as the ‘Secretary of White Male Fragility’ 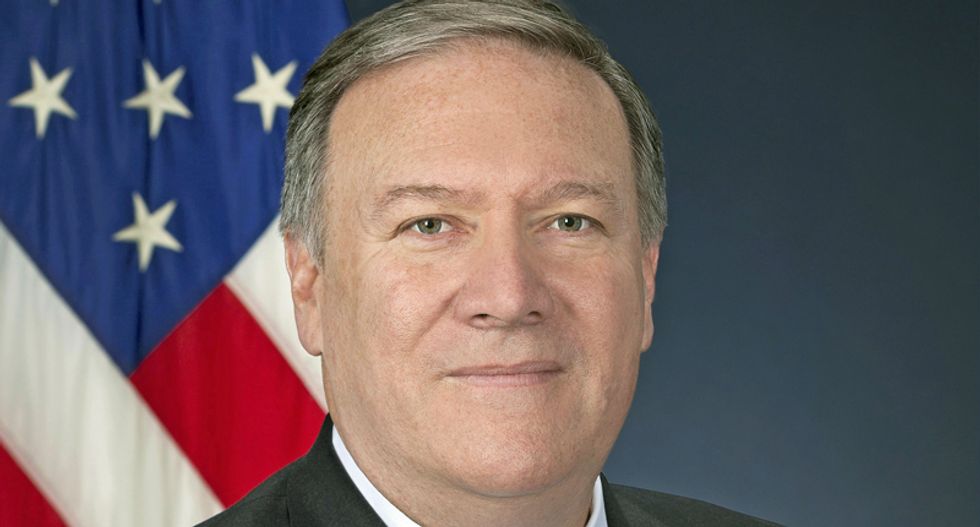 Sen. Elizabeth Warren (D-MA) received widespread praise during her 2020 presidential bid for how she worked to convince young girls that it was natural for a female to run for president.

Warren would tell the young girl that she is running for president "because that's what girls do" -- and would then ask for a pinky-swear that the lesson had been learned.

Secretary of State Mike Pompeo -- who works for the 45th man to serve as president -- on Saturday appeared to be mocking Warren's lesson.

@mikepompeo Take it easy there. I know, like the rest of the draft-dodger's sycophants, you think you are tough eno… https://t.co/xSFuIcQyIy
— Facts Do Matter (@Facts Do Matter) 1583620178.0

@mikepompeo Just when I thought #BillBarr was the worst Cabinet member, you pop up with this sh*t.
— Paulette Feeney (@Paulette Feeney) 1583612720.0

@mikepompeo Listen up, rapture boy. You wouldn’t know this because your party wins with fearmongering, but inspirin… https://t.co/qppFeiHbqK
— Adam Best (@Adam Best) 1583624117.0

@mikepompeo I would put more stock in Elizabeth Warren’s pinky promise than anything that comes out of your dodgy m… https://t.co/iUGbwAjEU2
— BC (@BC) 1583613316.0

@mikepompeo Elizabeth Warren would wipe that ugly smirk off your faces faster than you could say “My head is stuck in Trump’s ass”.
— Ida Skibenes ❄️ (@Ida Skibenes ❄️) 1583620164.0