MSNBC guest unloads on men after Warren drops out: 'Why does a woman have to settle for the number 2 job?' 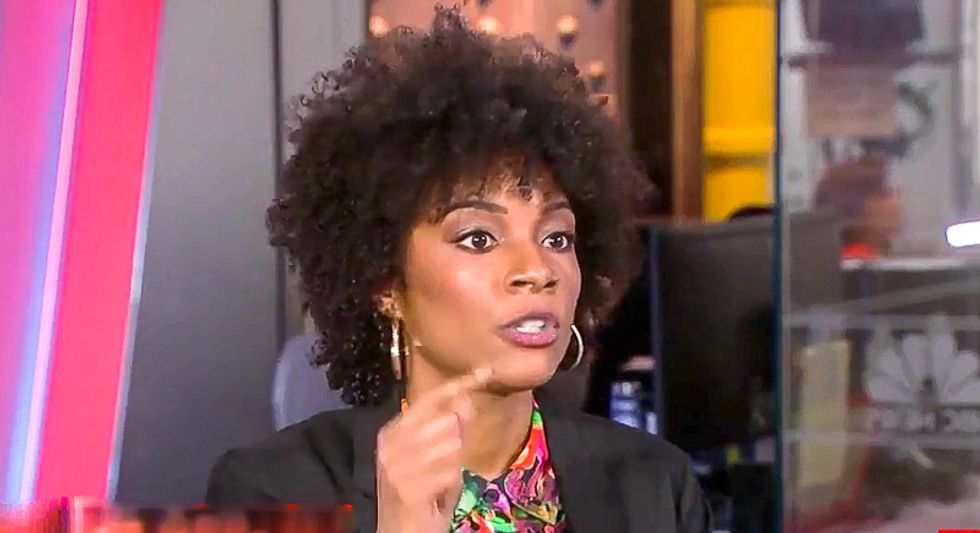 Political commentator Zerlina Maxwell lamented the impact of sexism in politics on Thursday after Sen. Elizabeth Warren (D-MA) signaled that she was suspending her campaign for president.

After the news broke that Warren would end her quest for the White House, MSNBC's Crag Melvin spoke to Maxwell and former Sen. Claire McCaskill (D-MO) about why there is a lack of diversity at the top of the Democratic Party.

"Considering the diversity of the base of the party, how can it be that the two men left standing are white guys in their 70s?" Melvin asked.

Maxwell argued that Warren "would have done much better if she were a man."

"I think this is a moment where we really have to take a deep look into the cultural reasons why this is happening," Maxwell opined. "This doesn't necessarily have anything to do with any of the mistakes that Warren made because Joe Biden and Bernie Sanders make plenty of those and they're still in the race."

"We have never had a woman president," she continued. "And for some reason, it seem like only women are concerned about this fact and I would like more men to be vocal about the fact that they want to see women in positions of leadership."

Maxwell slammed men who think that it is sufficient to have a woman vice president.

"Why does a woman have to settle for the number two job?" she asked. "That's all I have to say about that."

"For the record, I want to see women in positions of power," Melvin replied.

"Well, it's important that you say that," Maxwell pointed out. "You vocalize it. You don't have to support Elizabeth Warren. I didn't support any candidate in this race. I didn't endorse. I don't have a favorite."

Maxwell admitted that she had worked for the last two Democratic presidential nominees -- Barack Obama and Hillary Clinton -- and neither are white men.

"I wasn't a Hillary person or an Obama person, I'm a Democrat," she explained. "I want more men to do what you just did, which is say, 'I would like to see women in positions of leadership.'"

"And not just when they get daughters and discover that women are people," Maxwell concluded.