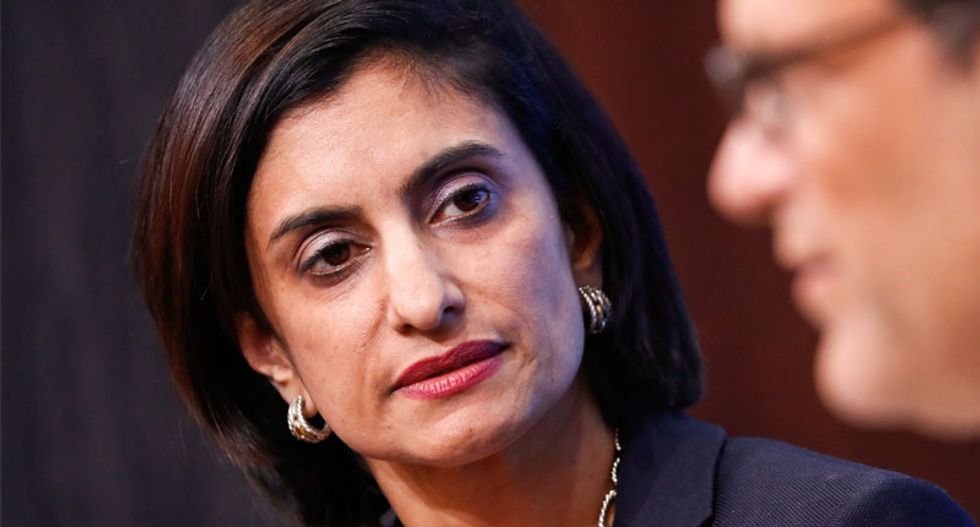 "It is critical that the federal government take quick and meaningful steps to urgently protect the public from this outbreak."

As the coronavirus outbreak continues to spread across the U.S., nurses and other public health experts are warning that the country's public health system is unprepared to handle a pandemic and calling on the federal government to take more urgent steps to protect the American people from the disease.

"At the moment, we have a fragmented and broken public health infrastructure which is woefully unprepared for COVID-1."

"As the nation braces to confront the novel coronavirus (COVID-19) that is quickly spreading across the world, National Nurses United, the largest union for registered nurses in the United States, has been closely monitoring the situation in our hospitals," NNU presidents and registered nurses Deborah Burger, Zenei Cortez, and Jean Ross wrote Monday in an open letter (pdf) to Vice President Mike Pence. "It is critical that the federal government take quick and meaningful steps to urgently protect the public from this outbreak."

The letter, which called the nation's public health system "woefully unprepared" for the pandemic, recommends the administration act to protect health workers and to ensure a vaccine for the virus is provided for free to the public. The nurses also noted that the existing crisis was being exacerbated by public health cuts.

"At the moment, we have a fragmented and broken public health infrastructure which is woefully unprepared for COVID-19," the nurses said.

As Common Dreams reported Monday, critics have pilloried the government's response to the outbreak thus far for seeming to put the happiness of President Donald Trump over public health needs.

"All needed tests, treatment, and vaccines must be made free for all."

That prioritization of the president's feelings over proactive measures to address the outbreak has reportedly continued. According to the New York Times, Defense Secretary Mark Esper last week instructed U.S. military commanders in bases around the world "not to make any decisions related to the coronavirus that might surprise the White House or run afoul of President Trump's messaging on the growing health challenge."

During a meeting on the coronavirus Monday, Trump asked a group of pharmaceutical CEOs if a vaccine would "make you better quicker," indicating the president does not fully grasp that a vaccine would prevent, not treat, the virus.

The prohibitive cost of testing, health professionals have warned, risks infected people staying in the general population without treatment.

Sen. Bernie Sanders (I-Vt.), a frontrunner for the 2020 Democratic presidential nomination, said Tuesday that the situation was unacceptable.

"Profiting during an outbreak is not only cruel—it threatens public health," said Sanders. "All needed tests, treatment, and vaccines must be made free for all."

Testing itself is running into problems. One woman from Seattle, who claimed to be a health professional, recounted on Twitter her efforts to get tested—a four phone call ordeal that resulted in her being told she would not be tested despite having all the symptoms of the illness.

Meanwhile, a New York City doctor told CNBC Monday that the Centers for Disease Control is not providing his hospital with testing kits.

Bottom line, Vanderbilt University Medical Center preventive medicine and infectious disease professor William Schaffner told the Guardian, is that hospitals and healthcare workers need to be on top of strategizing for an outbreak.

"Every institution ought to be re-educating everybody about appropriate respiratory precautions," said Schaffner.

In an article for Vice, emergency room doctor Darragh O'Carroll reminded  Americans to trust the professionals.

"Listen to your public health officials, because in order to avoid a healthcare system collapse, we must all act swiftly, and with unity," said O'Carroll.