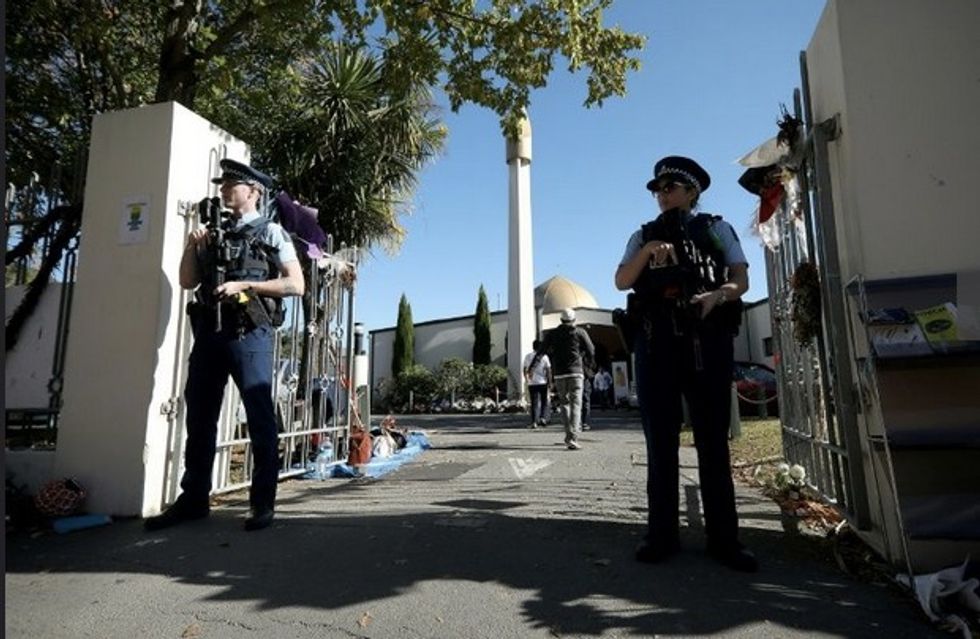 Armed police patrols and greater surveillance introduced in New Zealand after last year's mosque shootings have ignited debate in the laid-back country about whether the response has gone too far.

The mass shootings which killed 51 Muslim worshippers at two mosques in Christchurch on March 15 were carried out by an avowed white supremacist who had slipped under the radar of New Zealand authorities.

Police and intelligence officials have pledged to prevent a similar incident happening again, as a judicial inquiry examines whether law enforcement agencies had underestimated the threat from right-wing extremism because they were too focused on trying to identify Islamic militants.

The inquiry is yet to report its findings, but in the meantime surveillance has been ramped up, with the nation's spy chief indicating she wants more snooping powers, and for the first time armed police regularly patrol suburban streets.

New Zealand Security Intelligence director-general Rebecca Kitteridge said the nation's terror threat level remained at medium a year after the shootings, meaning an attack is "feasible and could well occur".

Before the attacks the threat level was low.

"It has given encouragement to some people, it has been inspirational to some people," Kitteridge told a parliamentary committee last month, referring to the prospect of copycat attacks.

She said the intelligence agency examined more than 450 leads after March 15, many involving people with "racist, Nazi, identitarian or white supremacist views".

Some 30-50 people are under active investigation at any one time and Kitteridge said some of those now coming under scrutiny would not have been seen as a risk before the shootings.

They have also been far more active against right-wing threats, including arresting a Christchurch man earlier this month over an "abhorrent" message posted online about the Al Noor mosque, one of the centres targeted by the shooter.

New Zealand has a relatively low violent crime rate, with firearms-related homicides per capita in 2016 about one-twentieth that of the US rate.

As a result, officers on regular patrols were unarmed before the Christchurch attacks, although there were Armed Offender Squads that could be mobilised when required.

Trialling armed patrols in major cities has met with strong criticism in some quarters.

Auckland University of Technology criminologist John Buttle said it was a knee-jerk response that would not minimise the risk of another terror attack.

He said New Zealand's last mass shooting before Christchurch was in 1990, while the only previous terror attack was when French agents blew up the Greenpeace ship Rainbow Warrior in Auckland in 1985.

"Should you change the whole of your policing, arm up and become militarised for something that happens so rarely?" he said.

Buttle said arming police also had implications for Maori and Pacific islander communities, the sections of society most likely to come in contact with law enforcement.

Chester Borrows, a former police officer who chairs a government advisory group examining justice reform, was also concerned about the impact on minorities.

"Chucking SWAT-team types of vehicles full of armed police looking like they're tooled up and looking for trouble, doesn't seem to be the way to engage with those communities," he told Radio New Zealand.

Buttle was adamant police should not be armed and said those overseeing law enforcement needed to carefully consider their response to the shootings.

"It starts to impinge on people's rights. We shouldn't really change the way we live our lives in response to this," he told AFP.

"It's like a self-fulfilling prophecy, you're doing exactly what the terrorist wants. Are you telling me he's not smiling about that?"