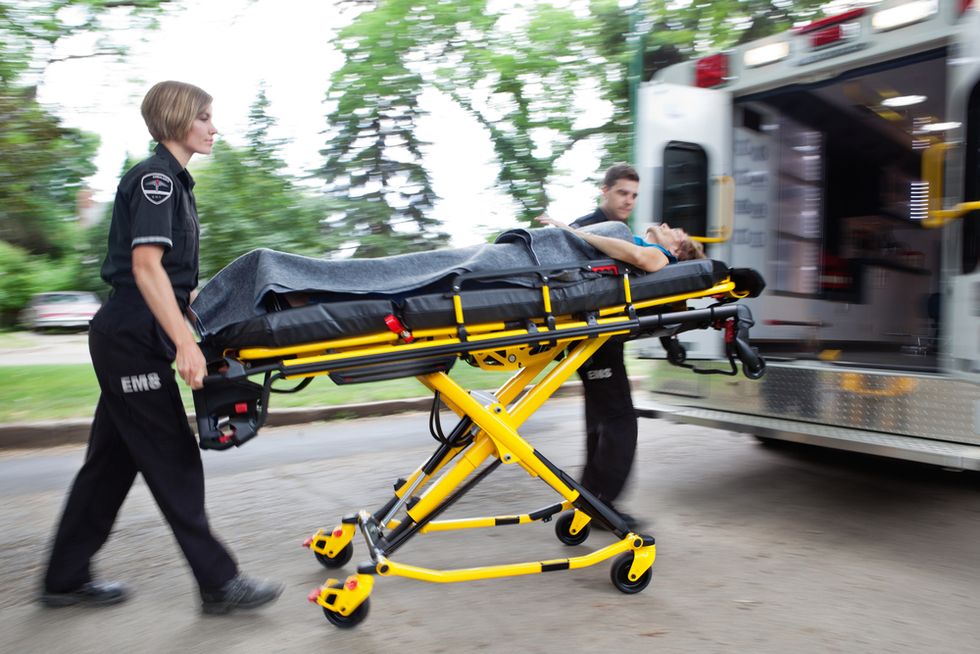 Beds, ventilators and masks soon could all be in short supply in US hospitals rocked by the novel coronavirus, with doctors worrying they may have to start choosing which patients to treat.

"You have seen empty shelves in grocery stores," and the stress created by the lack of toilet paper, said Thomas Tsai, a surgeon and assistant professor at Harvard's School of Public Health.

"Imagine that same panic if hospitals became empty of protecting gears for physicians, and ventilators. That's the mental image I think about" if the crisis deepens, the hospital doctor told AFP.

There are 4,200 confirmed cases of COVID-19, the official name for the virus, in the United States, and 73 deaths, numbers which no doubt are far from their peak.

But the leading global economic power has only one million hospital beds, which works out to 2.8 beds per 1,000 inhabitants -- far less than other countries that have been severely affected by the pandemic (12.3 beds in South Korea, 4.3 in China, 3.2 in Italy), according to numbers from the OECD.

As for intensive care unit (ICU) beds, there are fewer than 100,000 beds, the vast majority of which are already occupied, according to the American Hospital Association (AHA).

The Health Department estimated that the US would need at least 200,000 ICU beds for a moderate crisis and up to 2.9 million for an acute one, since about five percent of COVID-19 patients require intensive care hospitalization.

Intensive patients also often require ventilators to help them breath, but the US has only 160,000 such machines, another vastly insufficient number.

According to US media reports, President Donald Trump on Monday urged state governors to buy their own medical equipment to fight the coronavirus, instead of counting on the federal government.

Under these conditions, some medical professionals are afraid they will soon have to make chilling decisions.

In an essay titled "The nightmare of rationing healthcare," published in The Washington Post, doctor Thomas Kirsch recalls waking up with a start, 10 years after a mission in Haiti where he had to decide which patients to give priority treatment.

Health professionals will be under "moral stress" if it falls on "their personal shoulder to allocate beds or ventilators," said Nancy Kass, the deputy director of the Johns Hopkins Berman Institute of Bioethics. She called on authorities to implement guidelines in advance so as not to leave doctors alone in the face of such harrowing choices.

"We still have an opportunity to prevent the worst-case scenario," said Tsai.

"If we are serious about social distancing, we have an opportunity to flatten the curve," the oncology surgeon said, referring to the isolation measures taken over the past week.

To free up resources, hospitals are seeking to minimize patient visits with remote diagnoses, but above all to postpone any non-urgent medical interventions.

"I have spent the morning calling upon my patients letting them know, if their operation could wait a couple of months, let's postpone," said Tsai, for whom these efforts could result in a 25 percent increase in bed capacity.

Others are considering employing the army. "Without immediate action, the imminent failure of hospital systems is all but certain," said New York governor Andrew Cuomo on Sunday in an open letter to Trump.

"Our best hope is to utilize the Army Corps of Engineers to leverage its expertise, equipment and people power to retrofit and equip existing facilities -- like military bases or college dormitories -- to serve as temporary medical centers. Then we can designate existing hospital beds for the acutely ill," Cuomo urged.

In the same vein, Joe Biden, the frontrunner to become the Democratic presidential nominee, called on soldiers to build field hospitals.

Trump has yet to respond.

Meanwhile, multiple hospitals in states ranging from California, to Florida, to North Carolina, have begun setting up tents outside their entrances to conduct initial screenings before patients enter the building.