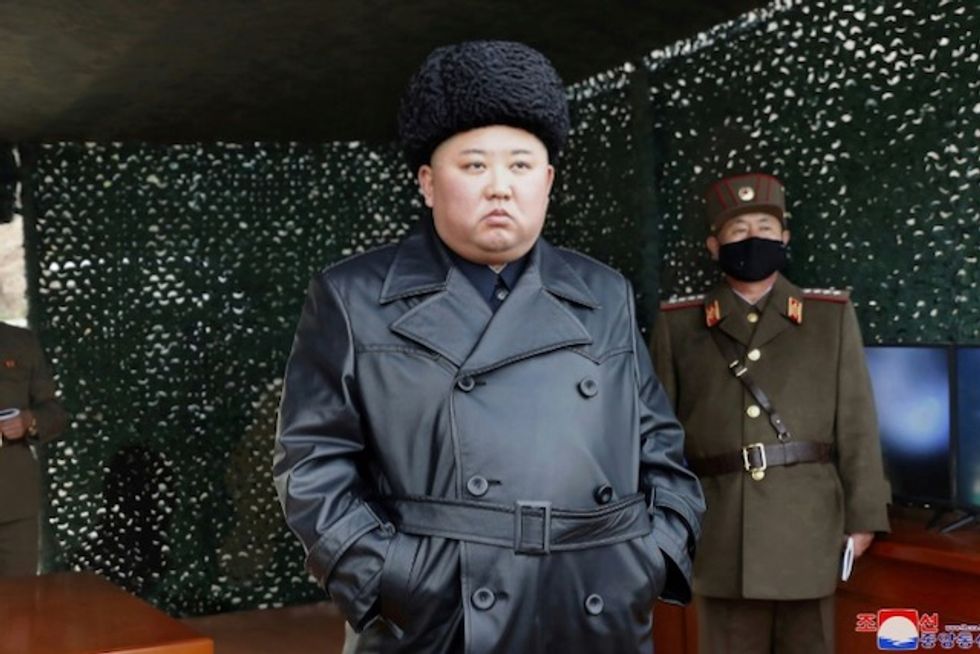 Nuclear-armed North Korea on Monday fired what Japan said appeared to be ballistic missiles, a week after a similar weapons test by Pyongyang.

Analysts say the North has been continuing to refine its weapons capabilities during its long-stalled nuclear discussions with the US, which have been at a standstill since the collapse of the Hanoi summit between leader Kim Jong Un and President Donald Trump more than a year ago.

The North "appeared to have carried out joint firing drills involving various types of multiple rocket launchers", the South's Joint Chiefs of Staff said, expressing "strong regret" over Pyongyang's actions. Initially they said three projectiles were involved, before changing the description to "multiple".

The devices were fired northeastwards into the sea from South Hamgyong province and flew 200 kilometres (124 miles) at a maximum altitude of 50 kilometres, the JCS said.

That was slightly shorter but also slightly higher than last Monday's firing.

A Japanese defence ministry spokesman said North Korea had launched what appeared to be "ballistic missile(s)" -- which it is banned from doing under UN Security Council resolutions.

Japanese Prime Minister Shinzo Abe told parliament: "Repeated launches of items such as ballistic missiles have been a serious issue for the international community, including our country.

In an emergency meeting, South Korea's security ministers said the North's continued firing drills were "not helpful" to efforts for lasting peace on the Korean peninsula.

Vipin Narang of the Massachusetts Institute of Technology added: "Kim continues to test, improve, and operationalize his force."

After last week's launch the North's state media said Kim had overseen a "long-range artillery" drill, carrying images of multiple launch rocket systems and several of a larger calibre rocket being fired in a forest.

The South's military had said that launch appeared to be two short-range ballistic missiles.

Monday's firing came days after Kim sent a personal letter to the South's President Moon Jae-in, offering "comfort" for the rapid outbreak of the new coronavirus in the country.

South Korea has one of the world's largest infection totals outside China with more than 7,300, while Pyongyang insists it has not had a single case.

The North carried out a series of weapons tests late last year, the last of them in November, which it often described as multiple launch rocket systems although others called them ballistic missiles.

It also conducted static engine tests, most recently in December.

Pyongyang set Washington a unilateral deadline of the end of 2019 to offer it fresh concessions on sanctions relief, and at a party meeting in late December Kim declared the North no longer considered itself bound by its moratoriums on nuclear and intercontinental ballistic missile tests.

He also threatened a demonstration of a "new strategic weapon" soon.

Pyongyang is under multiple sets of sanctions over its weapons programmes from the United Nations Security Council, US, South Korea and others.

Heightened tensions in 2017 were followed by two years of nuclear diplomacy between Pyongyang and Washington, including three meetings between Kim and US President Donald Trump, but little tangible progress was made.