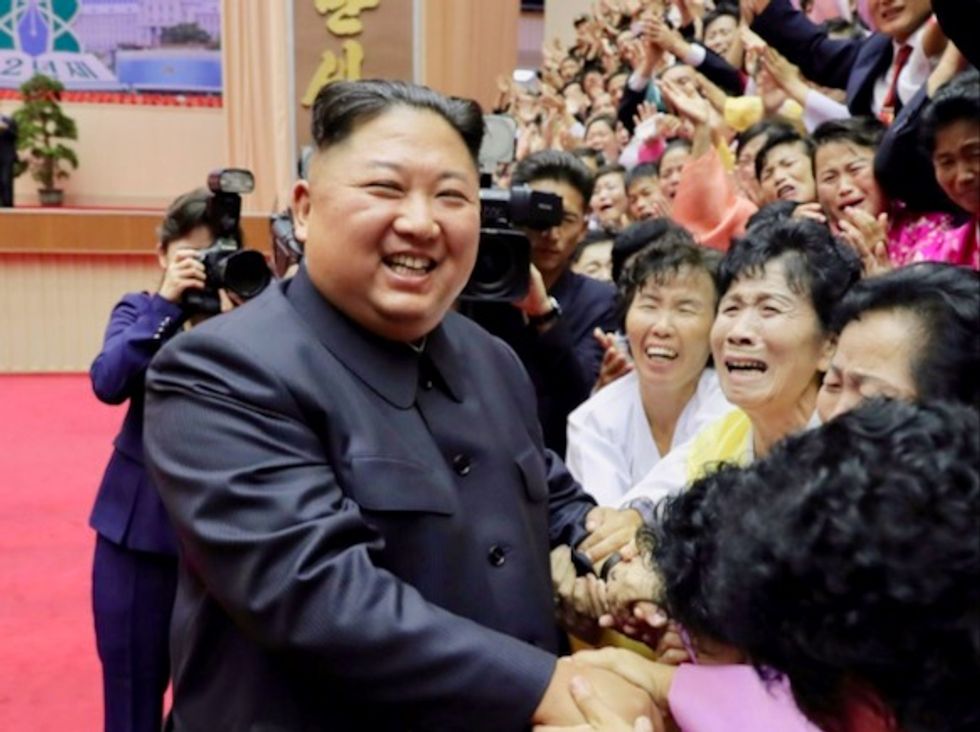 North Korea fired what appeared to be two short-range ballistic missiles on Monday, the South's military said, weeks after Pyongyang threatened to demonstrate a "new strategic weapon" and its deadline for Washington to offer sanctions relief expired.

The launch was the nuclear-armed North's first for more than three months and came as nuclear negotiations with the United States remain at a standstill.

The two devices were fired eastwards over the sea from the Wonsan area on the east coast and flew 240 kilometres (150 miles) at a maximum altitude of 35 kilometres, the South's Joint Chiefs of Staff said.

They were "believed to be short-range ballistic missiles," a JCS official said.

Japan's defence ministry said there was no indication of anything coming down in its waters or exclusive economic zone, but added: "Recent repeated launches of ballistic and other missiles by North Korea are a serious issue."

The launch came as Pyongyang battles to prevent a coronavirus outbreak and days after the one-year anniversary of the collapsed Hanoi summit between leader Kim Jong Un and US President Donald Trump.

Negotiations have since been deadlocked over sanctions relief and what the North would be willing to give up in return, despite a high-profile June meeting in the Demilitarized Zone that divides the peninsula.

Pyongyang carried out a series of weapons tests late last year, the last of them in November, often describing them as multiple launch rocket systems. It also carried out static engine tests, most recently in December.

At a party meeting at the end of that month, Kim declared that Pyongyang no longer considered itself bound by its moratoriums on nuclear and intercontinental ballistic missile tests, and threatened to demonstrate a "new strategic weapon" soon.

North Korea has a long history of seeking to demonstrate its military capability to try to obtain concessions.

"Looks like COVID-19 hasn't changed that (or Pyongyang is determined to make it appear as if it hasn't)," he added.

Former State Department official Mintaro Oba said: "Coronavirus dominates our attention at the moment, but this is a reminder that North Korea continues to advance its nuclear and missile programmes."

It would "look for ways to gain leverage and reclaim the initiative as we get closer to the US presidential election", he added.

North Korea has not reported a single case of the coronavirus, which has killed more than 3,000 people and infected over 88,000 in dozens of countries since it emerged in neighbouring China.

But state media have said around 7,000 people have been quarantined in three provinces alone.

Seoul and Washington last week said they will postpone forthcoming joint military exercises after South Korea -- which has more than 4,000 infections -- declared its highest "severe" alert level over the coronavirus.

The United States has 28,500 troops in South Korea to protect it against the nuclear-armed North, many of them based south of Seoul at Camp Humphreys in Pyeongtaek -- Washington's biggest overseas military facility.

The security allies have previously scaled back annual joint military exercises significantly to facilitate nuclear talks with Pyongyang -- which condemns such drills as preparations for an invasion -- but a command coordination exercise had been planned for this spring.

In the past Pyongyang has fired missiles capable of reaching the entire US mainland and has carried out six nuclear tests, the last of them 16 times more powerful than the Hiroshima blast, according to the highest estimates.

It is under multiple sets of sanctions over its weapons programmes from the United Nations Security Council, US, the South and other bodies.

Heightened tensions in 2017 were followed by two years of nuclear diplomacy between Pyongyang and Washington, including three meetings between Kim and US President Donald Trump, but little tangible progress was made.