Obama phone call encourages Buttigieg to use his 'considerable leverage' amid rumors of Biden endorsement: report 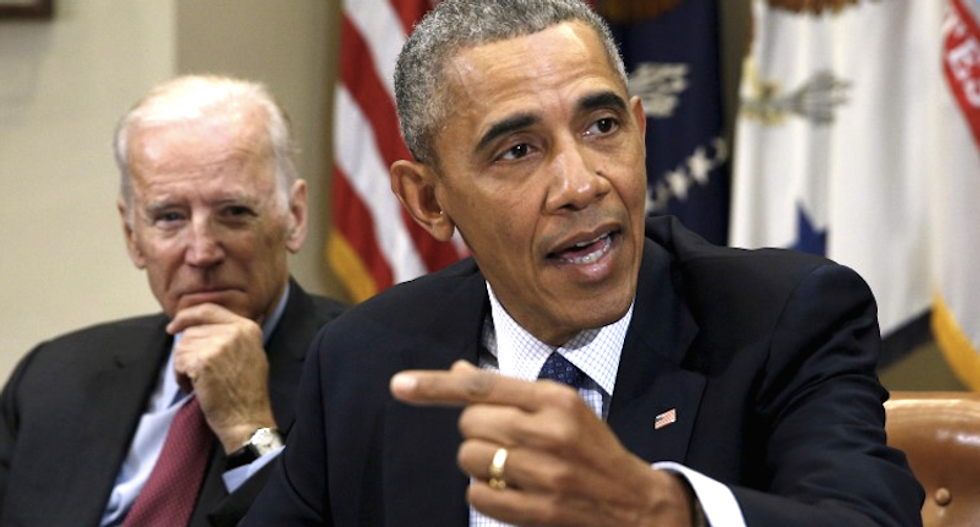 U.S. President Barack Obama speaks during a meeting with his economic team at the White House in Washington March 4, 2016. Beside Obama is Vice President Joe Biden. (REUTERS/Kevin Lamarque)

President Barack Obama has reportedly advised former Democratic presidential candidate Pete Buttigieg to use his "considerable leverage" ahead of Tuesday's primary in 13 states.

The former president spoke with Buttigieg on the phone after he suspended his campaign Sunday night, according to The New York Times. CNN's Jeff Zeleny later confirmed the report.

"Mr. Obama did not specifically encourage Mr. Buttigieg to endorse Mr. Biden, said the official, who insisted on anonymity to discuss private conversations," the Times said. "But Mr. Obama did note that Mr. Buttigieg has considerable leverage at the moment and should think about how best to use it."

The report also revealed that Buttigieg had spoken with Biden on Sunday night amid rumors that an endorsement could be forthcoming.