‘OVER MY DEAD BODY’: GOP senator appears to be a ‘no’ on AG Bill Barr’s reported plan to detain indefinitely without a trial 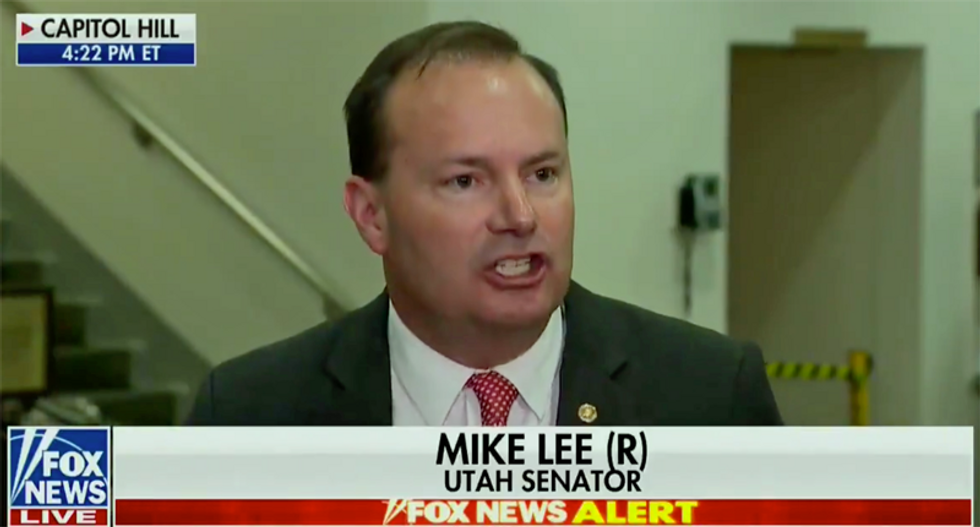 President Donald Trump's administration is receiving harsh pushback on a plan to suspend civil rights during the COVID-19 coronavirus pandemic.

"The Justice Department has quietly asked Congress for the ability to ask chief judges to detain people indefinitely without trial during emergencies — part of a push for new powers that comes as the coronavirus spreads through the United States," Politico reported Saturday.

But Sen. Mike Lee (R-UT) suggested that would never happen while he remains living and called upon Trump to refute the report "immediately."

Lee, a libertarian-leaning Republican, was an attorney prior to his political career. His father was Solicitor General under President Ronald Reagan and founding dean of the law school at Brigham Young University.