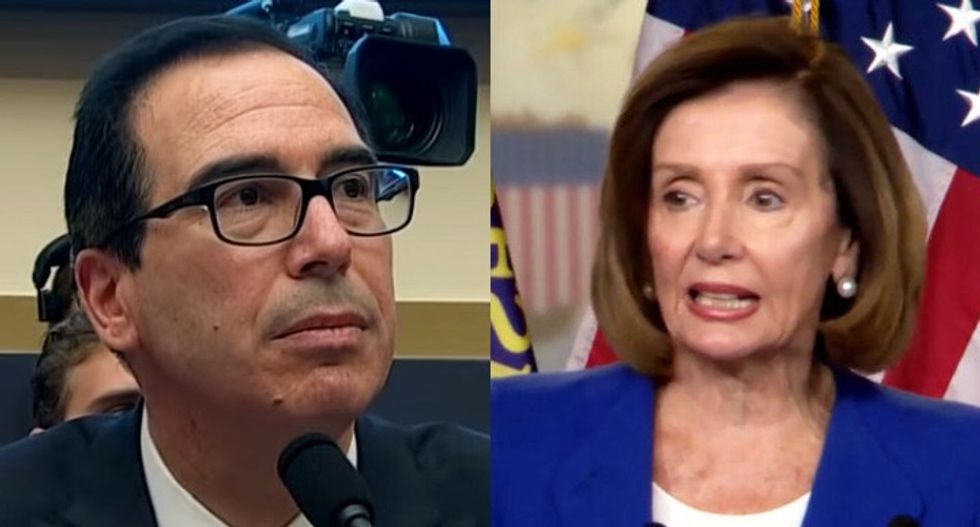 During an interview on CNBC, Pelosi suggested that Democrats and the White House could agree to a coronavirus relief bill within hours.

"I can say we're all receptive to getting something done we all know that everybody doesn't write their own bill, that it's a series of compromises, and that we think the bill has moved sufficiently to the side of workers," she explained to CNBC host Jim Cramer.

"This isn't a conversation with workers and not with the airlines or other industries, hospitality, parking, you name it, restaurants, you go down the list," she added. "Trying to address their problem. So it is not a one-sided conversation on our part. However, things like a $500 billion slush fund was really insulting."

"I think the secretary has come to that agreement with you, and has some sort of transparency factor, inspector general, get an oversight panel," Cramer noted.

In fact, the White House confirmed on Tuesday that Mnuchin had agreed in princple to some form of oversight.

Pelosi on CNBC says “I think there is real optimism that we could get something done in the next few hours.” There… https://t.co/37DrSOO5Sm
— Andrew Desiderio (@Andrew Desiderio)1585057628.0

WH has agreed to oversight for stimulus deal's $500B fund proposed for companies in urgent need, we have confirmed.
— Jim Acosta (@Jim Acosta)1585059873.0