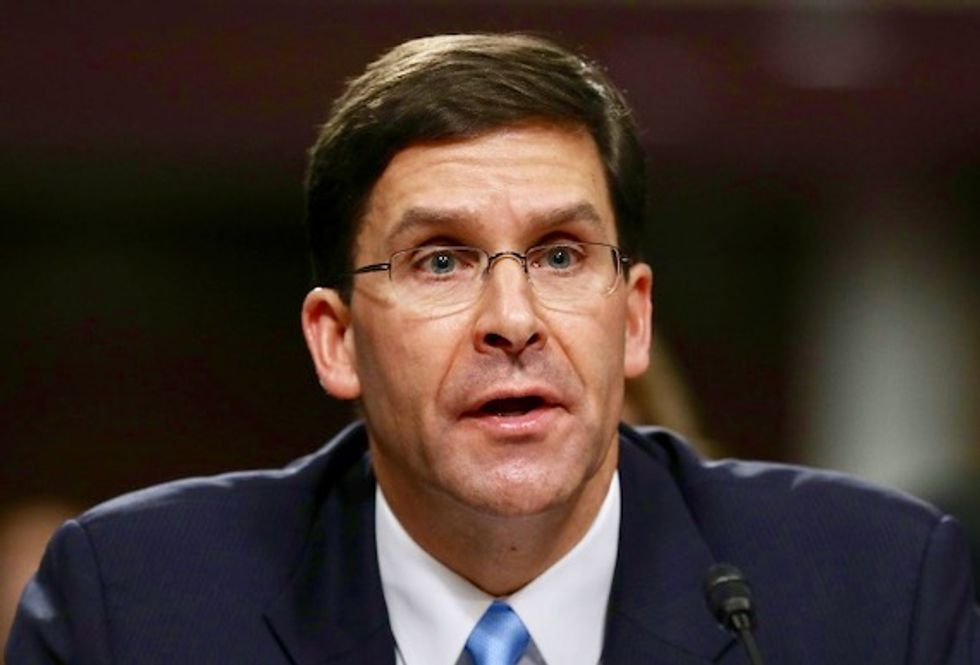 US Defense Secretary Mark Esper warned Thursday "all options are on the table" a day after three US coalition members, including two US troops, were killed in a rocket attack in Iraq.

Esper told reporters President Donald Trump had given him "the authority to do what we need to do," when they discussed the situation Wednesday night.

Esper blamed the attack -- a barrage of rockets that struck the Taji air base, killing two US soldiers and a member of the British Royal Army Medical Corps -- on Iranian-backed Shia militia groups.

"We have pretty good confidence we know who did this," he said, insisting they were "clearly targeting coalition and partner forces on Camp Taji."

General Mark Milley, the chairman of the Joint Chiefs of Staff, said 30 rockets were fired, 18 of which hit the base. Besides the three killed, another 14 coalition members were injured, five of whom were in serious condition, he said.

Within hours of the attack, an air strike killed more than two dozen Iran-aligned fighters in neighboring Syria.

In late December, after an American contractor was killed in a similar rocket attack, the United States retaliated with an air strike that killed 25 fighters of the Iraqi Shiite group Kataeb Hezbollah.

Iran then launched its own strikes on a western Iraqi base, leaving dozens of US troops suffering from brain trauma.

"Let me be clear, the United States will not tolerate attacks against our people, our interests or our allies," Esper said.

"All options are on the table as we work with our partners to bring the perpetrators to justice and maintain deterrence," he said.

"As we demonstrated in recent months, we will take any action necessary to protect our forces in Iraq and the region," he added.