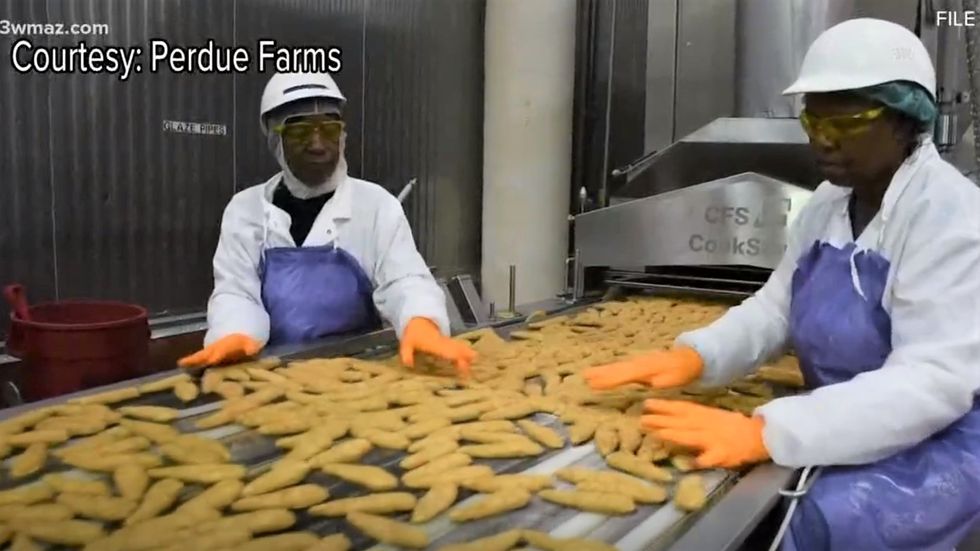 Dozens of workers at a Perdue chicken processing plant in Kathleen, Georgia walked off the job this week after they say the company has not done enough to protect them from the coronavirus pandemic.

Local news station 11 Alive reports that roughly 50 employees walked out of work Monday morning because they did not feel safe staying there.

Employee Kendaliyn Granville tells 11 Alive that she and her fellow workers grew sick of coming into work and seeing unclean bathrooms and food on the floor, despite her supervisors' pledges to keep the plant sterile.

She also said that people who have been exposed to the virus are still working on the production line.

Fellow employee Diamond Gray tells 11 Alive that there has been discontent brewing at the plant for a while, but that its seeming lack of concern over employee health during a pandemic pushed many workers over the edge.

"We're told there's going to be more promotions and more pay for the company, but no one has seen that," Gray explained. "I think a lot of people are just tired and with the virus involved. Also, I think it's just gotten to the point where enough is enough."

Watch 11 Alive's coverage of the walkoff below.