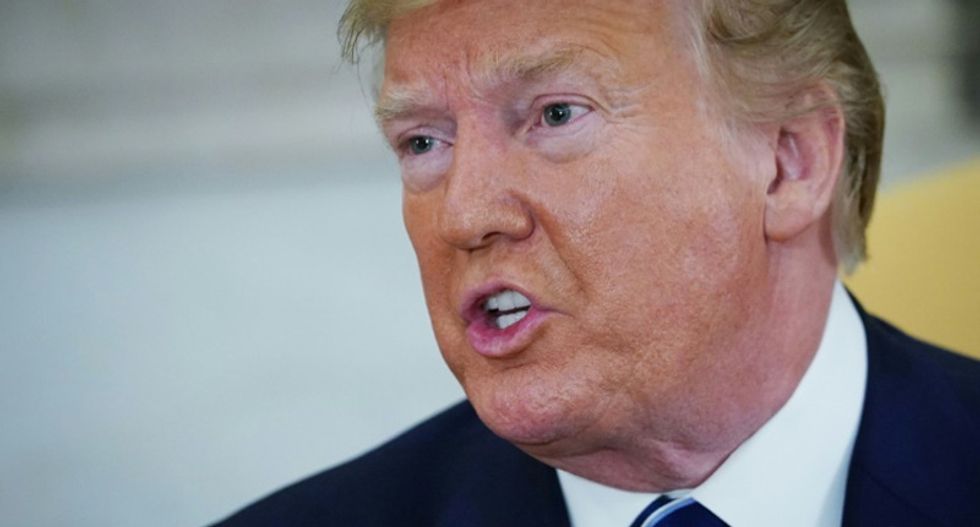 “When presidents fail, they do so on a grand scale.”

That quote comes from “Why Presidents Fail and How They Can Succeed Again,” a book by Elaine Kamarck, a senior fellow at the Brookings Institution and a lecturer at the Harvard Kennedy School of Government who worked in the White House under President Bill Clinton. The book was published in 2016, and in the shock of Donald Trump’s election to the presidency, I gave it a read. As it documented the way much more prepared presidents had floundered when they needed to shine, the book terrified me about the prospects for a President Trump.

And now, as the outlines of the administration’s disastrous response to the coronavirus pandemic come into view, the book feels like an unheeded warning. I spoke with Kamarck to discuss her reaction to the unfolding events, and her assessment was grim.

“This the price we pay when we elect presidents who have no experience in government at all,” she told me.

Other presidents, she explained, have tended to have some form of executive branch experience or prior work as governors, in which they are forced to manage in a crisis. But Trump came into office with no understanding of how the government works at all and no apparent desire to learn. He often expresses surprise at the powers he or the government he runs has.

“It is extraordinarily dangerous to elect people who are discovering things as they go along,” said Kamarck, and we’re seeing why now more than ever.

“If the country is at peace and prosperous, frankly, we have the luxury of having a president who entertains us or appalls us as the case may be,” she went one. “Having outsiders is a disaster when we have a disaster.”

One of Trump’s major flaws, she argued, is his distrust of expertise. And that’s largely what the federal government is: an army of subject-matter experts overseeing their own areas of responsibility. A president needs to understand how to use that apparatus to detect emerging disasters and respond to them as they’re coming. Instead, Trump dismisses these experts as the “deep state.”

“What most presidents understand is they need a system around them that accesses the expertise in the federal government,” Kamarck said. But Trump has never understood this. Under his leadership, the pandemic office at the National Security Council was disbanded. It seems this made it much harder for the issue to make its way to the president’s desk early on, when active intervention could have mitigated the disaster we’re now experiencing.

According to the Washington Post’s reporting, Health and Human Services Secretary Alex Azar tried to get the president’s attention on the issue in January, but he struggled to contact Trump. It explained:

Kamarck argued that if Trump hadn’t let the NSC pandemic office disband, it could have come to him even earlier in January and alerted him that there was a problem, assuming he would listen. It could have flagged all the problems we’re dealing with now: the lack of personal protective equipment for health care workers, the insufficient supply of ventilators, the importance of an expansive and robust testing regime. They could have warned that the Food and Drug Administration should waive its restrictions on private companies running their own coronavirus tests because the need to test widely would be so immense. This failure was compounded by the fact that the Centers for Disease Control and Prevention’s initial test was faulty, leaving the United States with essentially zero testing capacity while the outbreak spread for the month of February. During this time, Trump consistently denied there was a problem.

“On the testing issue, he dithered for weeks and weeks,” said Kamarck. The administration made a “fatal, fatal mistake, waiting for the CDC.”

It’s not even clear that Trump knew about the Defense Production Act, which he could have used to prepare the nation by producing the supplies we need now. But he did nothing, and even now seems hesitant to use this power.

Instead of worrying about all this, Trump was worried about vaping, presumably because of how the issue might play in the 2020 election.

“It would be nice if the office was still there,” Fauci said. Diplomatically, he declined to say whether he thought removing it was a “mistake,” but the answer was clear. “I would say we worked very well with that office.”

But it’s not just the NSC office. Because of Trump’s wild mismanagement, Kamarck said the expertise in the administration is being hollowed out.

“You didn’t have the competency in the White House to pull this all together,” she said. “So who is he left with? He’s left with Jared!”

Trump’s reliance on his son-in-law, Jared Kushner, is emblematic of his disdain for expertise. Kushner came into government without any particular policy strengths. Instead of letting him focus on one issue, which he could have immersed himself in, he has bounced around from priority to priority, adding little apparent value but wielding preposterous levels of authority.

And while Trump keeps insisting that no one could have seen this kind of crisis coming, Kamarck dismissed this.

“It was totally foreseeable, you could see it coming,” she said. “I can’t tell you the number of times I taught the SARS cases study.”

Indeed, as it the crisis was emerging, Sen. Chris Murphy (D-CT) warned that there were clear signs the administration was ill-prepared:

The closest parallel of a crisis like this that Kamarck could think of was World War II, which required sacrifice and contributions from every American, and it demanded the country come together. We were fortunate then, she said, to have a president who had extensive experience in government.

But there really isn’t any analogy to the present situation, she said, because we’ve never had a president as incompetent as Trump. And she argued it wasn’t a partisan matter; had an ordinary Republican become president instead of Trump, she expects they would have had a much better grasp on how to handle the crisis.

The problem, Kamarck argued, predates Trump. Presidents George Bush and Barack Obama were both relatively low on executive experience by historical standards. Bush was the governor of Texas, Kamarck noted, but the Texas governorship is particularly weak. And Bush was “bamboozled” into the disastrous wars in Iraq and Afghanistan, while Obama oversaw a decent but flawed recovery from the Great Recession.

One passage of her book about this apparent trend now feels eerily prescient:

The public seems to like outsiders who can say they’re going to come in and shake things up, but often, they leave disaster in their wake. And Trump, of course, is the least experienced of all.

“We were experimenting with this kind of business, and now we see what we got,” Kamarck said.