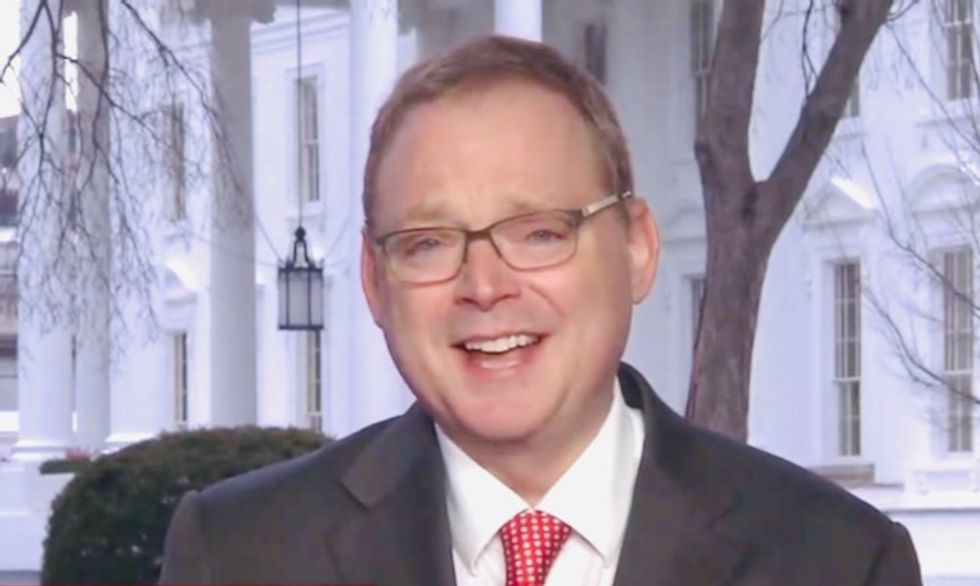 President Donald Trump's former top economic advisor is returning to the White House amid the coronavirus pandemic which he says offers a 100% chance of a global recession. Kevin Hassett will join the Trump administration as a temporary unpaid advisor.

Politico reports the return of the "once-upbeat economist" who "has taken a darker view of the potential fallout from the pandemic." It is unclear why Hassett would come back, and as a temporary unpaid adviser.

Once Trump's chairman of the Council of Economic Advisers, Hassett infamously tried to spin a highly-controversial federal government shutdown as a free "vacation" for federal workers, despite it not being a free vacation.

"A huge share of government workers were going to take vacation days, say, between Christmas and New Year’s,” a smiling Hassett had said in January of 2019.

“And then we have a shutdown, and so they can’t go to work, and so then they have the vacation, but they don’t have to use their vacation days,” he said, as if “the vacation” is a gift. “And then they come back, and then they get their back pay. Then they’re — in some sense, they’re better off.”

Trump has been assembling his original crew, mostly top, unquestioning loyalists, which reports say make him feel more at ease.