Sean Hannity slams critics of coronavirus response: No president except Trump has ever acted faster 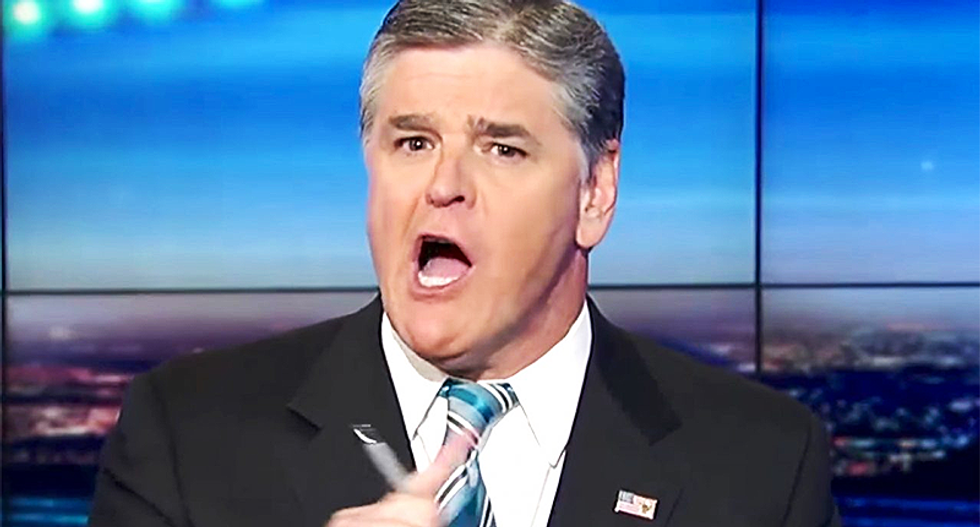 Fox News host Sean Hannity attacked the media Monday night for criticizing the president's handling of the coronavirus outbreak, falsely claiming that "no president ever except Donald Trump ever acted faster, ever acted sooner or has done more to stop the spread of an infectious disease."

Those comments erased former President Barack Obama's response to the  Ebola virus during the 2014-2016 epidemic, in which only saw 11 people were treated for the disease in the U.S.

Hannity opened the segment by accusing Democrats and the mainstream media of "using this virus as a political weapon," adding that "it's sick, it's sad but predictable." The Fox News host then listed examples of "the lies, the conspiracy theories, this psychotic anti-Trump rage," including NBC News host's Chuck Todd speculating that it could hurt Trump's re-election chances much as the Iran hostage crisis led to former President Jimmy Carter's defeat in 1980; The Washington Post's Brian Klaas comparing Trump's response to the outbreak to the Soviet Union's bungling of the Chernobyl explosion in 1986; and The New York Times' Gail Collins writing that the coronavirus should be nicknamed "TrumpVirus."

The Fox News host also took shots at MSNBC hosts Joe Scarborough and Joy Reid and the co-hosts of the ABC show "The View," among others.

"Now this kind of coverage has serious ramifications," Hannity said. "Why? People panic. Chaos ensues recently. A group of shoppers caught on tape. What were they doing? They were brawling. What were they brawling over? The last pack of toilet paper."

Hannity neglected to mention in his segment that the toilet paper brawl in question actually occurred in Australia, reducing the likelihood that it was sparked by U.S. politics. He later claimed that the recent drop in the stock market "likely had a lot more to do with an oil supply battle between the Russians and the Saudis then anything Corona-related," echoing a tweet posted by Trump earlier Monday.

Vox's Zack Beauchamp described that tweet as "deeply misleading," pointing out that the drop in oil prices is most likely linked to the coronavirus outbreak since the virus has caused demand for oil to drastically decline.

Hannity also tried to downplay the significance of the coronavirus by comparing it to the flu (as Beauchamp points out, America is better equipped to respond to the flu than the coronavirus) and by mentioning that the disease is less likely to impact young children than the elderly. He also falsely claimed that Democrats depicted Trump as racist for imposing travel restrictions. But FactCheck.org determined that while "Democratic leaders and Democratic presidential candidates have been highly critical of Trump's response to the coronavirus, we couldn't find any examples of them directly and clearly criticizing the travel restrictions."

The Fox News host alleged that Trump imposed the restrictions against the advice of his experts, even though Secretary of Health and Human Services Alex Azar said that the government was "uniform" in recommending them to the president. But the White House overruled health officials who wanted to instruct people over the age of 65 against flying, the Associated Press reported last week.

There have been 4,072 confirmed deaths due to the coronavirus, which has also infected as many as 114,633 people as of Tuesday morning, according to CNN. This includes more than 700 confirmed cases of the coronavirus in the U.S. since Monday, reaching 36 states and taking 26 lives.

Watch the full video below via Fox News: