'She drank the Kool-Aid’: Viewers baffled as Dr. Birx 'incinerates her credibility' by praising Trump for being ‘attentive to scientific literature’ 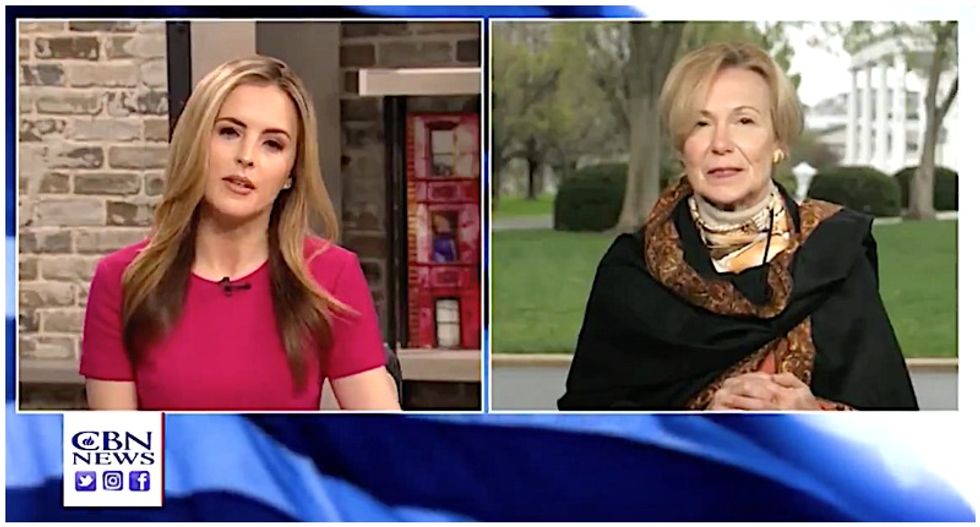 Speaking on the Christian Broadcasting Network's Faith Nation this Wednesday, White House response coordinator for the US Coronavirus Task Force, Dr. Deborah Birx, talked about the role faith communities can play in the effort to stem the outbreak, both by "giving out accurate and important information and ensuring that everyone in the household feels engaged in their community even though they're at home themselves."

At one point during the interview, Dr. Birx praised President Trump for what she said is his attentiveness to science.

"He is so attentive to the scientific literature and the details and the data, and I think his ability to analyze and integrate data that comes out of his long history in business has really been a real benefit during these discussions about medical issues," she said.

Birx's comment baffled many of Trump's critics on Twitter, who believe his downplaying of the virus' threat in the early days of the outbreak is directly responsible for the fact that it's currently spiraling out of control.

The sane, science-respecting half of the United States will not be able to trust Birx going forward after watching… https://t.co/7J5ITGOmJt
— Dan Murphy (@Dan Murphy) 1585322992.0

@atrupar What does she possibly have to gain by spreading this disinformation? It is so troubling how people in Tru… https://t.co/GcJQe5o9kA
— whathappensnext (@whathappensnext) 1585322190.0