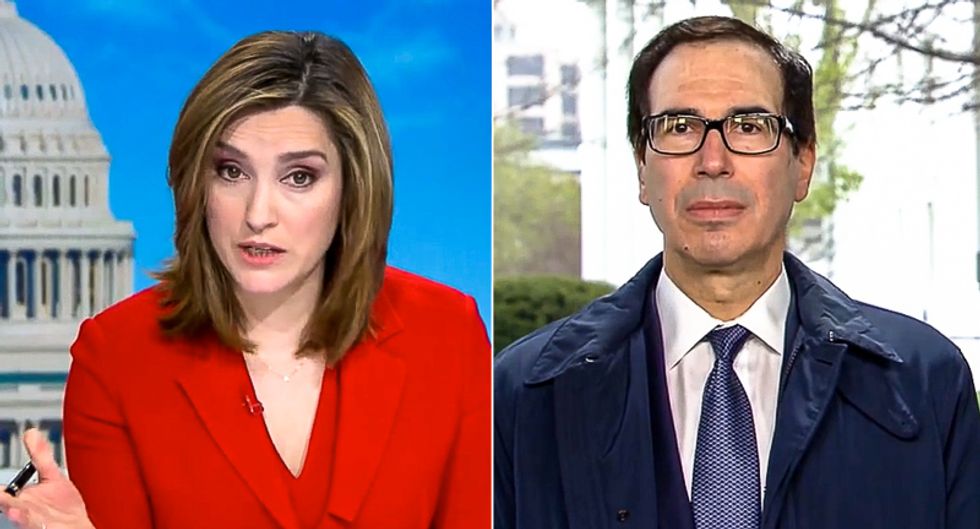 Treasury Secretary Steve Mnuchin on Sunday said that he expects Americans to be able to survive for two and a half months on just $1,200, which is about $17 per day.

In an interview on CBS's Face the Nation, host Margaret Brennan noted that the $1,200 relief checks that many Americans will be getting would not be enough in some parts of the country.

"I think the entire package provides economic relief overall for about 10 weeks," Mnuchin explained. "Hopefully we will kill this virus quicker and we won't need it, but we have liquidity to put into the American economy to support American workers and American business."