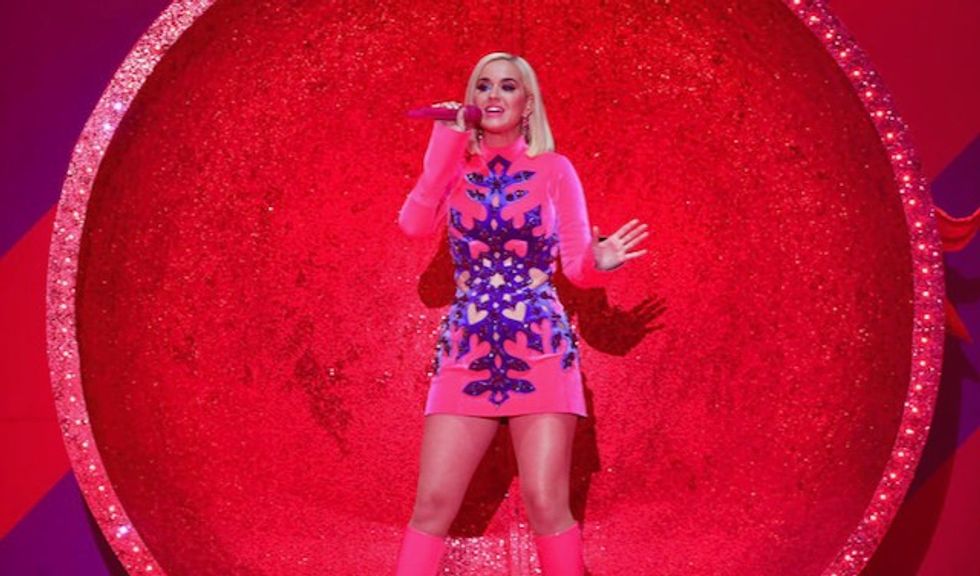 It was a twofer for fans of Katy Perry: the pop star dropped a new music video -- and revealed that she and her fiance, actor Orlando Bloom, are expecting a baby.

The 35-year-old Perry cradles a baby bump in the final seconds of the video for "Never Worn White," released late Wednesday.

Shortly before it dropped, Perry had published a snippet of the clip, fuelling speculation on social media that the singer -- known for hits such as "I Kissed A Girl" and "Roar" -- might be expecting.

"So glad I don't have to suck it in anymore... or carry around a big purse," she told her more than 108 million Twitter followers.

The songstress is engaged to Bloom, who is best known for his role as Legolas in "The Lord of the Rings" saga as well as his turn in the "Pirates of the Caribbean" franchise alongside Johnny Depp.

The baby will be Perry's first and the second for Bloom, 43, who has a son with model Miranda Kerr.