Suspicious pattern of coronavirus infection hints that hundreds may be undiagnosed 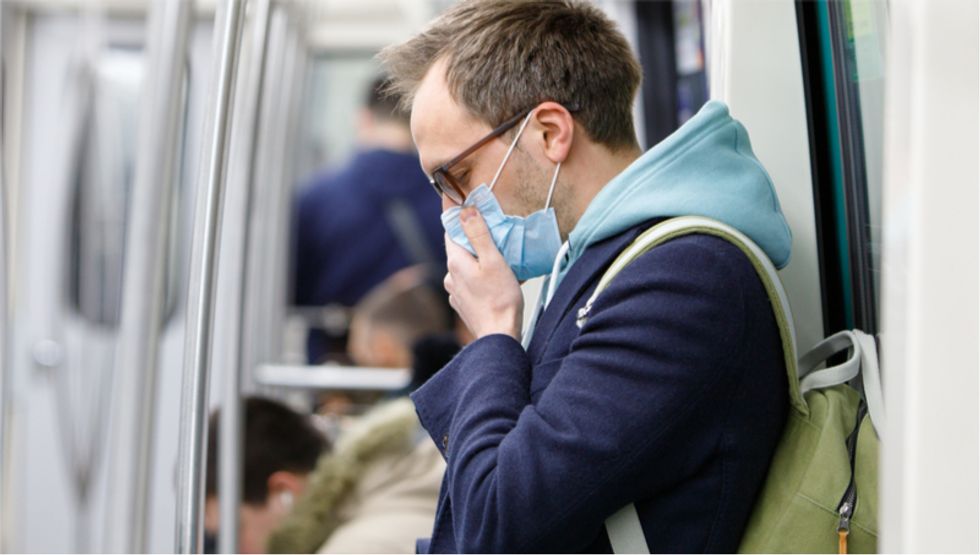 Ill man in glasses feeling sick, coughing, wearing protective mask against transmissible infectious diseases and as protection against the flu in public transport

As recently as a few days ago, the number of people in the Pacific Northwest who had been infected with COVID-19, the novel coronavirus, was presumed to be less than twenty.

But the emergence of new cases in people hundreds of miles away — including three in Oregon — suggests that number was vastly underestimated.

Five of the deaths occurred in King County, Washington, home county to the city of Seattle, where an outbreak occurred among patients at a nursing facility. The sixth victim lived in neighboring Snohomish County. The deaths occur amid a spate of new cases in Washington, Oregon, and California.

"The COVID-19 situation is evolving rapidly on a global scale, and in Washington we are starting to see some spread in the community," Dr. Kathy Lofy, the state health officer at the Washington state department of health, said in a Monday press conference. "Therefore, we feel the risk to the public is increasing; That means it is more important than ever to practice good health habits like washing your hands and staying home from school or work when you are sick."

Lofy added that the state might consider measures like cancelling large public events. Though that has not happened yet, many private businesses have begun cancelling conferences and gatherings.

The spontaneous emergence of more deaths and mysterious transmissions came as a surprise to the public. However, a new genetic analysis of the novel coronavirus suggested that it had been spreading undetected for six weeks. According to the analysis, the state's second case likely descended from the first.

Christine K. Johnson, a professor of epidemiology and director of EpiCenter for Disease Dynamics at the University of California in Davis, told Salon in an interview that it makes sense that a virus like COVID-19 would be able to silently spread given the recent restrictions in place on testing potential patients.

Previously, the Centers for Disease Control and Prevention's (CDC) testing guidelines were narrow, and only recommended testing for people who had close contact with COVID-19 patients, or those who had recently traveled to China or other countries facing outbreak. In other words, people who had, say, mild cases of the novel coronavirus and saw their doctor weren't tested for the virus because they didn't meet the CDC's testing criteria.

On top of that, those who were tested had to wait a couple days to get their results back from the lab. The CDC also designed a flawed test.

Late last week, the Food and Drug Administration (FDA) authorized state and local laboratories to do initial testing in order to shorten the delay with the federal CDC tests.

"I think there are always pros and cons to making testing guidelines more restrictive or less restrictive," Johnson told Salon. "If you make it too restrictive, you might miss things, and they missed cases that weren't severed; if you make them too restrictive, you risk using up you resources, using all your testing kits and it's a very nonspecific disease, and unfortunately in cases like that you can overwhelm the diagnostic infrastructure."

Infectious disease expert Charles Chiu, an MD-PhD at the University of California, San Francisco, said shaking hands, touching a doorknob, or touching other surfaces touched by an infectious person can also transmit the virus.

When asked if other states might experience a "silent spread" of the virus as happened in Washington state, Johnson said, "I would say it's likely."

In the CDC press conference on Monday, Dr. Nancy Messonnier reiterated that "if the virus gains a foothold" cities and towns "may need to take local action to plan and respond."

Salon reporters in Seattle observed shortages of staples, like toilet paper, in local Target stores. Media reports suggests that shoppers on both coasts are buying out staples on both coasts.

"It has gotten crazier by the day," a Target employee in Richmond, Virginia, told the Washington Post. "A lot of it is obviously panic-buying, people stocking up on eight gallons of water or 20 kinds of soups. Items are selling out immediately, as soon as they go up on shelves."