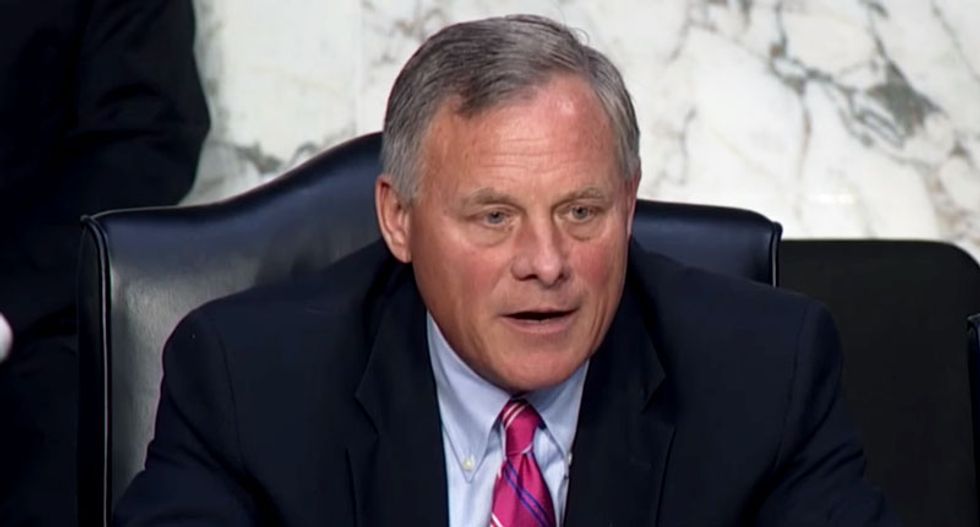 You may have noticed by now the number of celebrities, professional athletes and public officials who have come forward to say they are infected by the new coronavirus (COVID-19). The Brooklyn Nets announced Wednesday that the entire team had been examined by a private lab. Four players tested positive, including star Kevin Durant.

You may have noticed by now the number of normal people being tested—you, me and everyone we know—is tiny, relatively speaking, because normal people do not go to private labs, and cities and states do not have enough tests available for public use.

The president has said he’s prepared to address shortages, but hasn’t yet acted. Donald Trump instead told reporters Thursday that, “Governors are supposed to be doing a lot of this work. … The federal government is not supposed to be out there buying vast amounts of items and then shipping. You know, we’re not a shipping clerk.”

Trump’s remarks came a day after the press corps started noticing the difference between the haves getting tested and the have-nots not getting tested. He was asked during a Wednesday briefing about the apparent inequality, and what the president might do. “Perhaps that’s been the story of life,” he said. “That does happen on occasion. And I’ve noticed where some people have been tested fairly quickly” (my italics).

What the president is alluding to here is an ideology that has animated his adult life as a businessman and president. That ideology is sometimes called social Darwinism, but we can think about it in other ways. “To the victor go the spoils.” “Might makes right.” “The survival of the fittest.” “What doesn’t kill you makes you stronger.” These and others familiar expressions represent an ancient belief that a society’s rich are rich, because they are special, and being special means they are deserving of being rich.

So the story of life, as the president would have it, is a self-interested story of the wealthy and powerful getting their share of what they deserve while the poor and weak get share of what they deserve, which are not to be confused for being the same thing. While elites get the best health care money can buy, normal people don’t. While elites get coronavirus testing—even if they don’t show symptoms—normal people don’t. Sure, you might suffer. You might even die. But perhaps that’s been the story of life.

Indeed, suffering was the largely unexamined story of life until the Enlightenment. That’s when liberal thinkers, including the American founders, refused to accept inequality as an immutable reflection of the natural order of things. (Yes, most of them were slavers; they chose to live with their hypocrisy.) Abraham Lincoln gave voice to the modern view of the social contract in which government is supposed to be of, by and for the people. Government, he thought, was the great equalizer, or should be. It isn’t when it’s run by a sadist who shrugs at the evils inherent in social Darwinism.

Corruption has no place in Trump’s story of life, because whatever elites do to maintain power and prestige is justifiable. They are, after all, deserving. California might see half of its 40 million individuals infected by the coronavirus. National unemployment figures might jump more than 1,000 percent in the next week. But that has nothing to do with a president who hid information from the public in order to protect himself from enemies eager to use the disease outbreak against him. To Trump, he is the state, and the state is he. If the president does it, it can’t be corrupt.

To those, like our current president, who embody the ideal of might makes right, morality is either a frill or a con. It’s either something to pay lip service to, or it’s something to attack outright as an unholy perversion of the natural order of things.

Richard Burr, a Republican senator from North Carolina, took an oath to defend and protect the Constitution. He took another oath during the president’s impeachment trial to “do impartial justice.” But in the end, perhaps it’s no wonder that Burr chose to acquit Trump of the charge of putting his own interests above the nation’s interest.

After all, Burr—as well as two other GOP senators (that we know of)—knew way back in January about the economic damage about to be wrought by the coronavirus and yet he chose to say nothing. Instead, he warned other elites about what was coming and sold off millions of dollars in stock investments before the markets crashed. Not only did he fail to honor two oaths of office; he made a tidy profit from that moral failure.

Is that corrupt? Yes! But not to social Darwinists. Corruption is a moral determination whose authority they refuse to recognize because morality is either an empty gesture or a malicious fraud invented by the weak to prevent the rich and the powerful from having their way. Richard Burr has the absolute right, as Trump might say, to profit from sickness, misery and death, because Richard Burr is a member of the US Senate.

It’s not corrupt if a Republican does it.