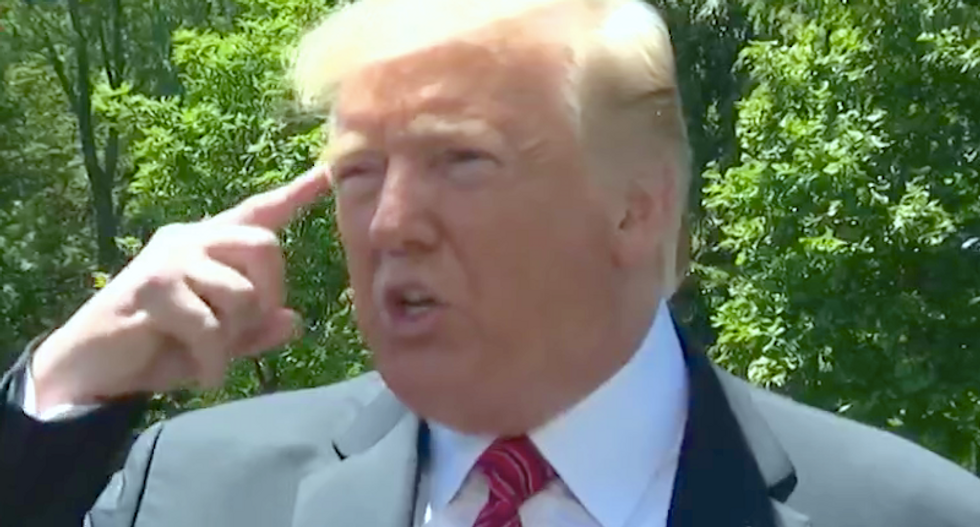 President Donald Trump attacked Democrats during a campaign address, saying that they were causing hysteria around coronavirus when it wasn't as serious as they were making it out to be.

“The Democrats are politicizing the coronavirus,” he said from a campaign rally in South Carolina. “This is their new hoax.”

Now that he's coming to realize it is serious, he's begging people to come together.

"The Media should view this as a time of unity and strength. We have a common enemy, actually, an enemy of the World, the CoronaVirus. We must beat it as quickly and safely as possible. There is nothing more important to me than the life & safety of the United States!" he tweeted hours before his address of the nation.

The moment came after he shouted at the media for being "fake news" for asking about why he contradicts his own advisers on the virus.