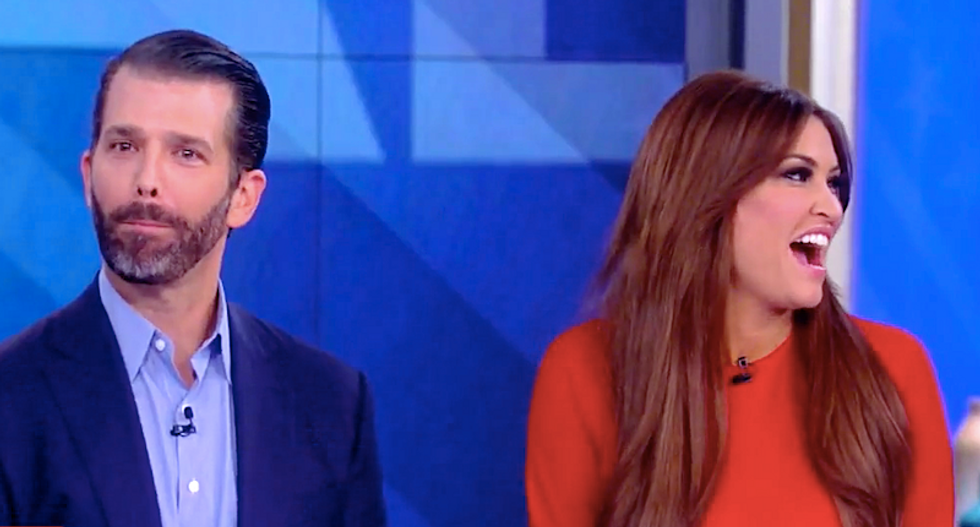 Brad Parscale, the man running President Donald Trump's reelection campaign, has been using his own private firm to make payments to members of the president's family.

The New York Times reports that Parscale's flagship firm, called Parscale Strategy, has essentially taken over the Republican Party's fundraising machinery even as it "has billed nearly $35 million to the Trump campaign, the R.N.C. and related entities since 2017."

In addition to being the central hub for online fundraising, Parscale Strategy has also been used to make "payments out of public view" to Lara Trump, the wife of Eric Trump, and Kimberly Guilfoyle, the girlfriend of Donald Trump, Jr.

"Their presence makes for an odd dynamic between a campaign manager and a candidate’s family," the Times reports. "During a campaign appearance last summer in Orlando, Ms. Guilfoyle confronted Mr. Parscale: Why were her checks always late? Two people who witnessed the encounter said a contrite Mr. Parscale promised that the problem would be sorted out promptly by his wife, Candice Parscale, who handles the books on many of his ventures."

It is unclear just how much money Trump family members have made from the venture, however, because Parscale's operation is "cloaked in secrecy, largely exempt from federal disclosure."